Get Acquainted to the Latest Version of Xcode 9 | Concetto Labs

Get Acquainted to the Latest Version of Xcode 9 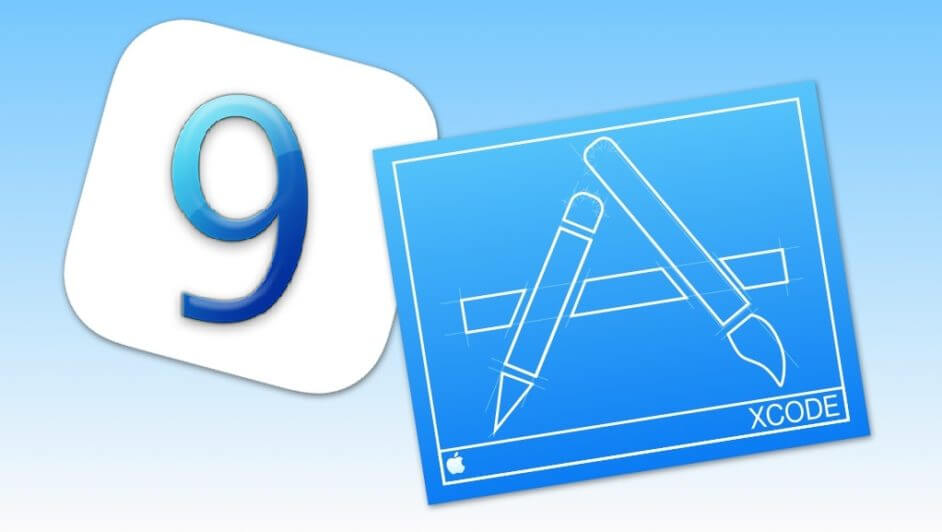 XCODE 9 is the latest refined developer toolset needed to create the best of apps for iPad, iPhone, Apple TV, Apple Watch, and Mac. And here you will be introduced to some of the latest feathers added to Xcode under the umbrella Xcode 9. 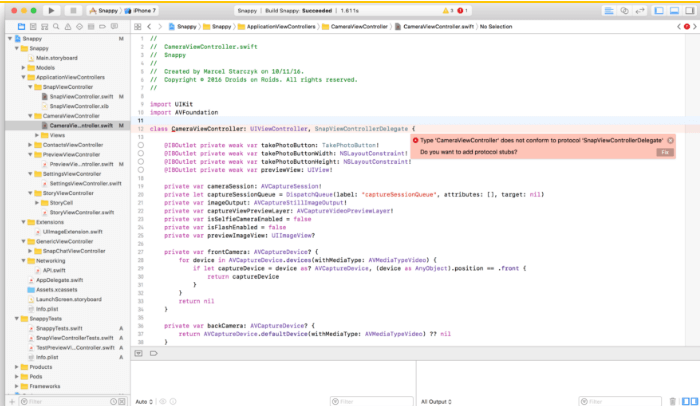 As the new version has come up with refactoring, we can now change the name of the stuff, add the missing protocol methods, stubs, or overrides. Apart from this, the new versions have made possible the conversion of if/else and switch statements. And not to be forgotten, one can easily extract local variables and methods because of it.

Wireless debugging is that exclusive add-on, which even Apple was not able to introduce successfully in spite of its attempt to do so. But this time it’s a win-win situation. It ensures ease of use and implementation. It can be enabled by connecting Mac to your device and then opening the devices section in Xcode. For debugging iOS and TViOS, wireless debugging can be used. However, it is necessary to plug in once, to enable it. And now one may experience wireless debugging in a manner similar to a wired connection. 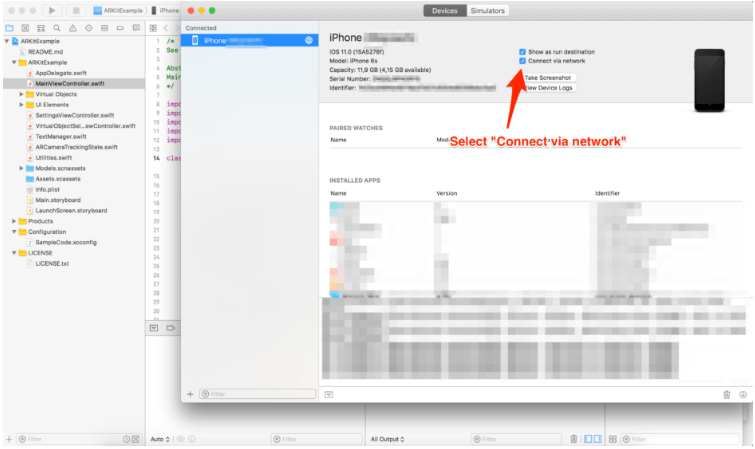 All because of the new version, the apps can now run simultaneously in more than one simulator and thus one can also check the syncing to test multi-device workflow. One can share the information from varied apps ( Map, Safari, and photo) at the same time with a simulator. Record a video or run the test for your comfort. 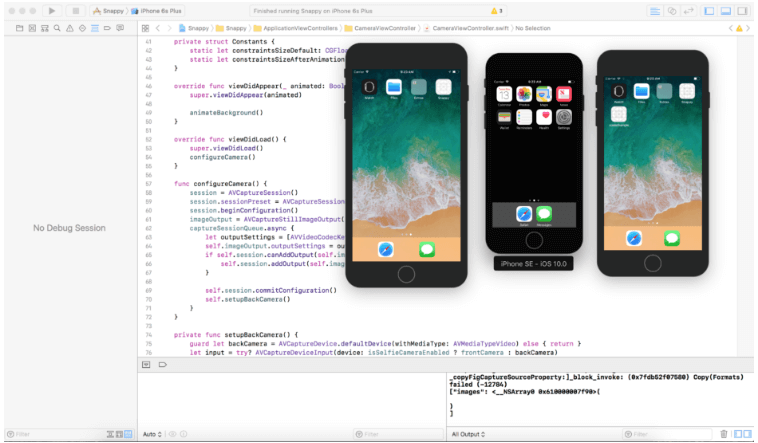 The main thread checker is a standalone tool for C languages and Swift to detect faulty usage of APIs on a background thread. This is a new default feature that allows verifying if we are calling UIKit, AppKit, or WebKit methods. One may miss UI updates, defects, visuals, data corruption, and crashes if the UI is updated on any thread other than the main thread.

The availability of new templates is what this new version boasts of. FILE HEADER has been included which is the content of the standard file header comment. New terms for Macros can now be coined. Example: FILENAME and COPYRIGHT. COPYRIGHT being defined as ORGANIZATION NAME and YEAR. 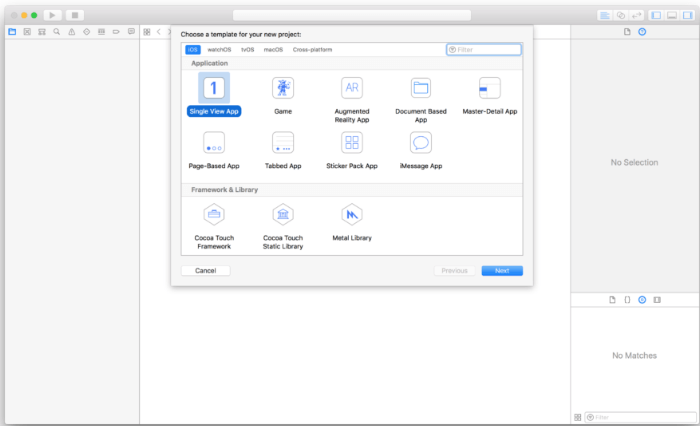 Here comes the all-new face of an editor with an all-new look. CMD + or – can be used to increase or decrease the font size. It’s a well-highlighted navigation code supporting Markdown. This new editor has improved the search code for better and faster search results. 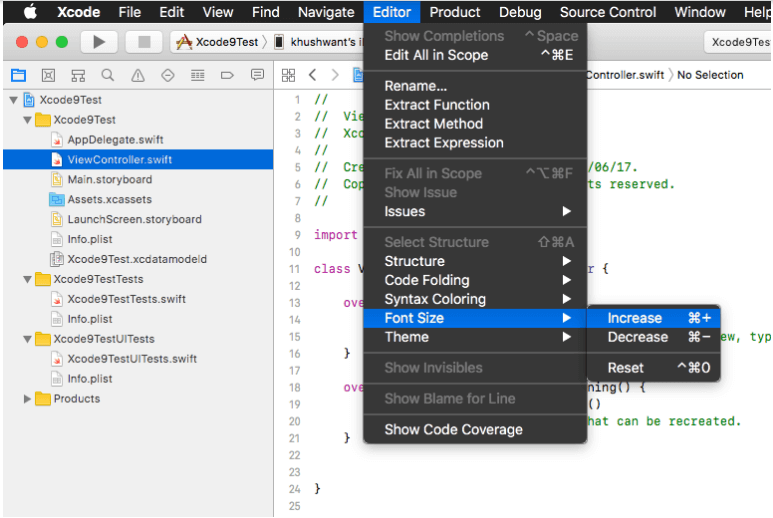 The new version includes a revamped source control navigator, wherein each working copy lists the tags, branches, and remotes. Additionally, this new version is well integrated with GitHub which ensures that accounts can easily be handled from Xcode 9 preference window and one can easily browse project creation in one click.

Say goodbye to the external macOS server, with the introduction of all-new Xcode 9 which has a server that can directly run on Mac.

The all-new API for XCTests permits to capture and control screenshots by the use of test attachments, target more than one app in one UI tests, and also specify the language and region.

Since the asset catalog was supporting the PDF files from the beginning, the new version has support for colors too. Also, there is a newly added support HEIF (High-Efficiency Image File Format).

Acquainted to the Latest Version of Xcode 9

IOS Or Android? Which Is Better To Use?

Developing a mobile application can be a challenging task. Based on the Gartner survey, 79% of smartphones sold between April and June. In there, 177.9m handsets sold when compared to Apple’s 31.9m iPhones. IDC estimates that 62% of tablets shipped to retailers between April to June. It includes 28.2m Android devices and 14.6m iPads. Talking […]