What is the Process of Disney Plus Development and How Much it Costs? 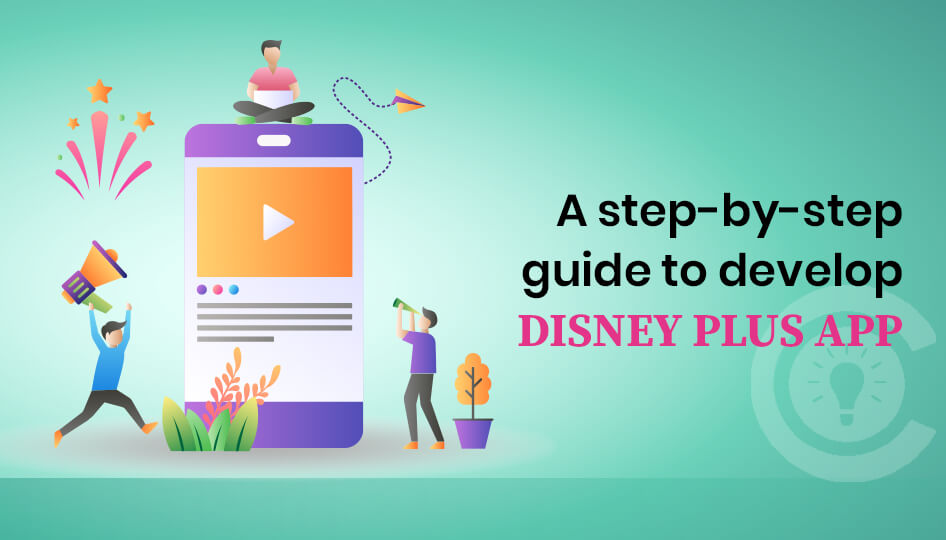 Introduced in September 2017, Disney 2 took whole years to launch a video streaming service of their frontrunner. And even after beating some obstacles on the launch day, the growth trajectory Disney plus app development took only moments after its launch is almost as enchanting and surreal as the video content that the brand owns.

The story of Disney is becoming one of the most downloaded applications in the world. This is an example of how brands that hold a strong position in-app marketing, not only just earn huge attention and break the internet, but also have a loyal user base to make the mobile app development cost deserving.

This also proves how big the OTT video app development market is. It also showcases how exploring an answer to start a video streaming business like Disney Plus, YouTube, and Netflix has become a standard in the market.

What is Disney plus?

Disney plus or Disney+ is a Disney held streaming video service. It is somewhat similar to the services such as Netflix, Apple TV+, HBO Now, and Amazon Prime Video. Disney plus also offers a library of TV shows and movies that can be viewed at any time beyond a wide device range.

This app is presently available in the US, Australia, Canada, New Zealand, and the Netherlands. It will be soon launched in the following states Germany, Italy, UK, France, and Spain, on March 31, 2020.

What are the must-have features of Disney plus application? 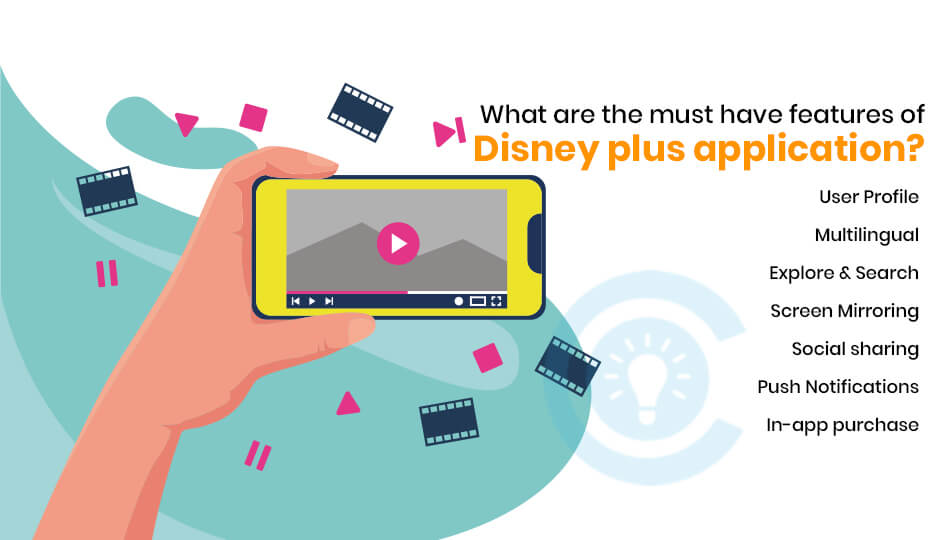 Regardless of which OTT video streaming application you observe, the feature set would be relatively similar in all of them. What sets them apart is the streaming platform’s content. Now let’s dig deeper into the features, which are as follows:

The feature is undisputed. You must give your users a platform wherein they can control the entire experience. Here are some of the questions that you should ask your Disney Plus app developer to add in the user profile section are as follows:

Localization is the solution to acquiring users. While the statement stands valid for all the various mobile app categories, it becomes all the more genuine when clarifying how to create a streaming platform. After all, every user enjoys watching content in their regional language.

Search functionality is one of the most striking parts of any video streaming mobile application. In a true sense, there should be various categorizations for the users to choose from. For instance, Netflix has set categories such as Movies, Shows, and genres.

However, as you are new to the sector and would be encountering your grounds, restrict the categories. This way, your partnered Disney Plus app developer can manually handle the delivery of content across categories.

It is expected that by the subsequent year, the number of connected devices that a person would use would reach number six. In a circumstance like this, can a brand manage to only be present on a smartphone? The answer is no. of course! You cannot.

Screen mirroring is the one factor that all video streaming platforms have apprehended and embraced. In fact, the adoption is increasing so fast that your brand presence on multiple devices has become a must-have feature.

This is the reason why Disney plus has expanded its sustained streaming platforms. Here is the list of devices on which you can stream Disney+ on:

By performing an extensive role in the process of making an app popular, social sharing has made itself to the list of the must-have feature of a majority of applications. This has become a key solution to how to build video streaming apps like Disney Plus.

You must have social media pictures next to the TV show or movie listing to make it easy for the users to share what they are watching or wishing to watch with their social network.

According to the survey, average American subscribers use 3.4 video streaming services. This has increased the need for the implementation of a well-planned push notification strategy. This is what will help you keep the users interested in your application and not move other providers.

The next clear must-have feature that influences the cost of Disney Plus app development is an in-app purchase. The feature is all about how users will pay you the monthly/yearly subscription.

How much it cost to build a Disney plus app for your business?

The evaluation of video streaming apps like Disney plus development cost roll down to three main factors.

1. The first factor talks about a number of features as well as the technology stack that separates a $10,000 application from a $100,000 mobile app. This contrast is what mobile app complexity is recognized as.

2. The second factor that influences the video streaming app like Disney Plus development cost is the number of platforms the app would run on. The cost would expand as you move from one platform, for instance, Android or iOS to both iOS and Android. It is undoubtedly to grow as you tend to expand your development with more platforms.

3. The third factor is the geographic location of your hired cross-platform app development company. The average per hour mobile app development cost ranges from East to West. In a western nation like the USA or Australia, the average hourly rate would range from $80 to $200, in Eastern nations like India; the cost would be around $25 to $80.

If you’re thinking that developing such apps will be fruitful for you or not, then even after knowing that Netflix and Amazon Prime are huge competitors, Disney plus was able to gain millions of subscribers. This happened because many users joined Disney plus to live in their childhood memories.

Are you planning to launch such mobile apps for your business? Contact the expert team of Concetto Labs today.

What is the Process of Disney Plus Development and How Much it Costs?

1. Is Disney plus planning to raise the price?

Typically, Disney Plus charges a $7 subscription. However, the yearly subscription is quite inexpensive and costs $69.99/year.

2. What do you need to do to add Disney plus to Hulu?

The process begins with signing up for Hulu with Live TV and then signing in with the email address in the Disney plus interface and ESPN. It will help you get a $5.99 per month plan.

3. Is Disney plus outperforming Netflix?

It doesn’t seem so as Netflix offers a variety of shows in different genres, on the other hand, Disney plus is limited to specific brands and shows.

What Are The Steps Of Patenting A Mobile App Idea?

How can I Patent an App Idea? Then the answer is: Yes, it is straightforward to patent an idea for an app. It is necessary to patent a mobile app idea to protect it from competitors in the market who could try to steal it. However, for your app idea to be protected by a […]