Why Powerapps Is Replacing Infopath Forms?

Whenever there is a new tool is launched, it replaces the existing one. There is a dilemma in the user’s mind whether the new product is functional and stable. When it comes to PowerApps apps development replacing Infopath, the answer to the same is yes.

Sharing specifications of previous Sharepoint, InfoPath became a tool of choice in the Microsoft stack. It was preferential for developing interactive forms and modifying the SharePoint list and library dialogs. InfoPath still shares support until 2023, April for legacy systems. It got replaced with PowerApps in Microsoft 365. PowerApps is not only restricted to Sharepoint. It helps in stand-alone mobile applications. It could be connected through different data sources integrated with Dynamics 365.

Who is the descendant? 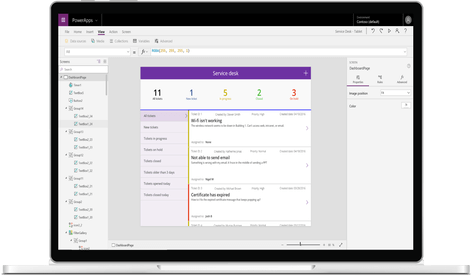 The Functionality is Enhancing

While PowerApps is still growing and formulating features, it is ready to replace InfoPath Forms. It could be in the form of creating interactive forms and modifying the SharePoint list and library dialogs. There are so many things that could be done with PowerApps. It could be considered by organizations for new defining pathways.

Why Powerapps Is Replacing Infopath Forms?