Recently, the Power Apps Component Framework has been in trend for various reasons. It has replaced the traditional HTML web resources in development practices worldwide, which is why this post is crucial.

We will discuss almost everything that you must know about the Power apps component framework, also known as PCF and PCF control dynamics 365, and why we need it in development practices. Also, we will discuss licensing requirements for PCF and its benefits as well.

What is the Power Apps component framework?

For example, a developer wants to add additional features and functionalities to the app. In that case, he can develop widgets and configure them with the app with the help of the system customizer or an app maker. With PCF, you can transform many things to look visually pleasing and attractive, with superior features.

The main beauty of this amazing framework is its ability to allow developers to develop reusable components by using libraries and other features. These components then can be easily added in canvas or model-driven apps.

Apart from that, developers can also use different Microsoft features and functionalities to develop components such as component creation, built-in variation, code editing, debugging, etc. You can add many features to facilitate users with advanced interactions.

Why do we need PCF?

Let’s understand it with a real-time example. For instance, if you want to add a feature showing a weather forecast for different zip codes from an entity record. When using HTML web resources, you have to keep the forecast information in a configuration entity. Also, you will need to add one more line of code for that.

In addition to that, you also have to use the window.parent method to fetch the Xrm context to read the zip code. It is not as complicated with PCF. Here, PCF allows developers to use the control configuration form to get the forecast API information and fetch zipcode data from the context object of the framework.

Who can use PCF?

There are two types of developers as per Microsoft:

Now, citizen developers are not hardcore developers with intense coding and web development knowledge. They might be using low-code tools such as canvas apps to develop web applications. They are associated with the development process, but their roles are negligent.

On the other hand, professional developers do most of the development tasks. They are well-versed with different programming languages and also create reusable components.

PCF is for professional developers who are well-versed with HTML web resources and have adequate knowledge of web development life cycle and components such as TypeScript, NPM, and others.

What Distinguishes HTML web resources and Code Components from each other?

In HTML web resources, control loads once all out-of-the-box control loads. On the other hand, in PCF, all controls load simultaneously.

With HTML web resources, deployment is a lengthy and challenging process as you have to manage multiple dependencies and files. In PCF, you have a single deployment file to manage, making the process simpler and quicker.

HTML web resources are coupled with a particular environment, making it difficult to reuse for multiple projects. On the other hand, PCF components can be reused for many projects and across different entities.

To decide the licensing scheme, you have to understand the interaction of a code component with an external service. There are two license classifications:

I hope you get a basic idea about your question about what is PowerApps Component Framework is. The advanced framework offers developers superior advantages in creating high-quality, custom applications and will surely lead the domain. If you are looking for PCF-based development, you need to hire a company offering PCF development services. 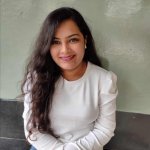