Android Or IOS: Which Mobile Platform Choose In 2021?

Which Mobile Platform Should Startups Choose In 2022: Android Or IOS?

Developing mobile applications is a regularly growing business in the world. However, a considerable number of startups appear in the market every year. According to the facts, there are more than 5 million unique mobile users across the world. So, if anyone is looking forward to developing the mobile application, then choosing Android or iOS as a platform will be difficult. There are only two options to consider while entering the market of Android or iOS. Firstly, do not make mistakes while choosing the OS. Secondly, looking forward to which criteria you should rely on.

Furthermore, let us have a look at the advantages of Android Development.

However, every coin has two sides. Besides Android application benefits, an Android apps development company deals with the variability of the devices and various versions that lend to spending more time for app testing by QA engineers. The variety of Android device makes challenging to develop a product that will perfectly suit for each device. The system is installed on smartphones, watches, radio tapes, recorders, refrigerators, and tables of various brands. Hence, machines do not work similarly, and developers remain unknown about every gadget’s parameters.

The benefits of iOS app development are:

1. Income: It is a fact that users of Apple devices make more in-app purchases than Android users. This becomes a massive benefit for business owners.

2. Device certainty: If you select to develop the app on iOS, you only need to adjust them to Apple devices. The development comes to an end in a shorter time as compared to Android app development company

3. Development tutorials: Every device of Apple, including iPhone, iPad, iWatch, Apple TV, and Mac OS- has its approach. iOS developers possess a guided practice to make the development process faster and easier.

4. Update transparency: Apple improves the guidelines for iOS application development. However, not leaving the developers in the dark; explaining how to replace code elements with more productive ones.

Related: Android vs iOS: Which Mobile Platform is Best for App Development?

Android vs. iOS development: Which one to choose? What is the purpose of the application?

The primary purpose behind developing the application is looking forward to more profit in the business. However, entrepreneurs can achieve more profit in various ways. There are three types of approaches to mobile apps development company and monetization:

1. Self-service startup: This is an independent product and not a continuation of the digitalization of a company and its brand. Such applications need payment. Somehow, they offer customers a limited free version to use the application.

2. Continuation of marketing strategy: Many industries prefer to develop an application to improve the service, especially the service industry. Customers can place an order with a few clicks. This is very easy and gives more advantages to the company. Moreover, these are free applications.

3. Intermediate options: Some firms wish to improve their service quality. However, they also post ads and promote add-paid features. Hence, promoting the brand and also making a profit at the same time.

The main aim you need to focus on is bringing meaningful total value for a customer. This is the only situation that will allow you to monetize an application on iOS or Android. Once you are decided on your goals and needs, it becomes straightforward to start with your mobile app company.

What is better for your business?

Considering various features, you will be able to make the right decision. You will need to evaluate needs, future app concepts, and development costs and then only make the selection. Also, you can hire Android developer from India or an iOS developer from India for developing the best apps for iPhone or Android.

According to Internet marketers, it is beneficial to develop a mobile app company for both operating systems. It is better to select the most suitable platform for yourself, depending on your need. Also, you can hire iOS developer from India, depending on the application development you require.

Overall, both the operating system Android or iOS will dominate the market and make your business the top Android firm globally or the top iOS

Which Mobile Platform Should Startups Choose In 2022: Android Or IOS? 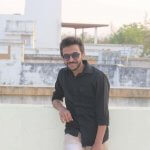 I represent Concetto Labs as a Flutter Tech Lead and I have been associated with many Flutter Applications. I have worked equally on both Flutter and Android Development and have experience working on Kotlin, Dart, Java, Node JS, and many other languages. It has been a good learning curve for me here and plan to explore more.

A Guide on How to Create Your Own NFT and Sell It.

Defining NFT Non-fungible Tokens, or NFTs, are typically produced using the same kind of coding as cryptocurrencies. These cryptographic assets are built on blockchain technology. They cannot be traded or exchanged in the same manner as other cryptographic assets. Similar to Ethereum or Bitcoin. The word “Non-Transferable” (NFT) denotes that due to its distinctive qualities, […]

How Does Metaverse Affect E-Commerce Business?

Defining Metaverse During the next several years, the Metaverse will merge two realms – physical and virtual. Soon, we can expect to see more use of this technology as a result of this collision. Metaverse and E-Commerce The Metaverse will certainly tap into the E-commerce industry by offering users access to augmented reality. A lot […]