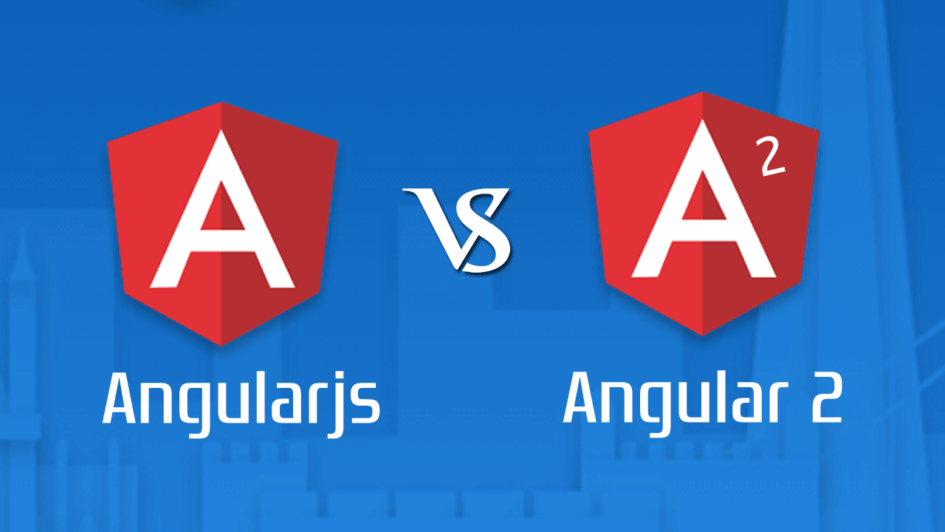 Angular JS also was known as “Angular.js” or “AngularJS 1.X” marked its birth in the year 2010, to ease out the building of complex and data-heavy web apps through JavaScript. At the time of launch Angular JS could boast of having three jewels glued to its glory:

But technology is another term for continuous change or innovation. Thus came the good news of Angular JS 2, which is very much distant to its elder JS 1. Let’s study the differences in detail with examples to ensure ease of understanding on part of every reader.

Angular JS 2 has better mobile acclimatization and excels in its performance.

When Angular JS 1 was being conceived, the mobile support friendly mechanism was not taken into consideration, however, Angular 2 was thoroughly mobile supported. The use of the Hierarchical Dependency Injection system and unidirectional tree-based change detection in Angular 2 is a considerable performance backer. 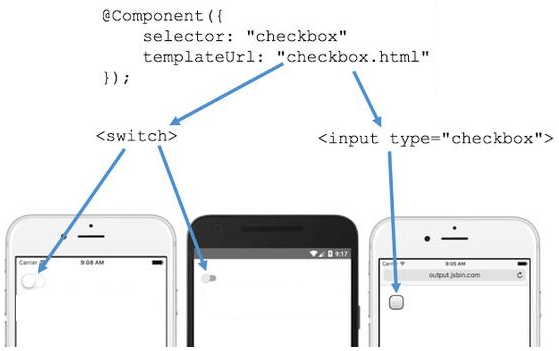 Angular 2 has ES5, ES6, and TypeScript or Dart languages to select from as opposed to Angular 1 which has limited options under its umbrella, namely ES5, ES6, and Dart.

Implementation of web standards in Angular 2

Angular 2 provides exceptional quality performance as compared to Angular 1, because of the implementation of web standards (components). 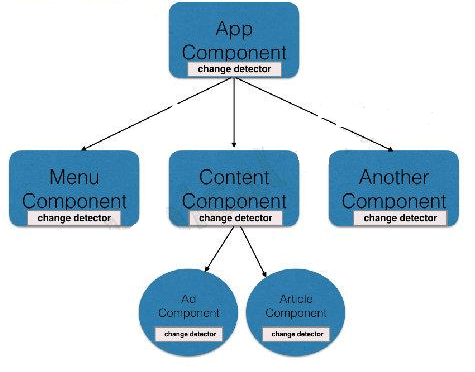 In the easy setup of Angular JS, one has to only add a reference library and it is good to go. Whereas Angular 2 is dependent on other libraries and hence has complex steps to follow, before the final green signal.

Gone are the days of Angular 1.x controllers and $scope

In Angular 2, controllers are replaced with “Components”. Angular 2 uses zone.js to detect the changes. 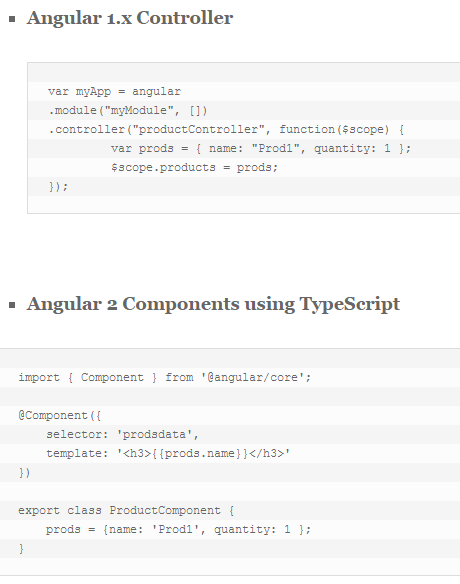 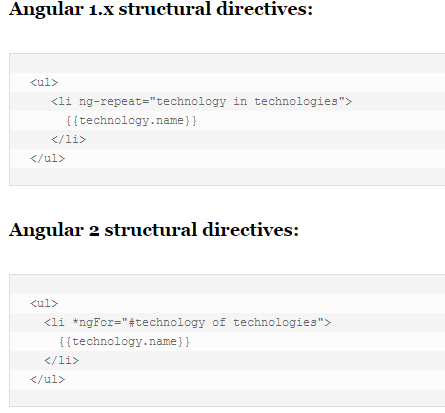 Use of camelCase syntax for built-in directives

Angular 2 directly uses HTML DOM element properties and events, because of which several Angular 1 built-in directives have lost their application. For example, ng-href, ng-src, ng-show, and ng-hide of Angular 1, were replaced with href, src, and hidden of Angular 2.

Also Read: Why should AngularJS top-notch the list for your next web development – We have reasons for you!

In Angular 2, ng-bind used for one-way data binding in Angular 1 has been replaced with [property].

In Angular 2, ng-model used for two way data binding in Angular 1 has been replaced with [(ngModel)].

In Angular 1, there are two ways to bootstrap:  ng-app attribute and other via code.

In Angular 2, it is only ng-app

In Angular 2, dependency injection is used through constructors 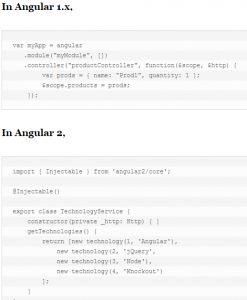 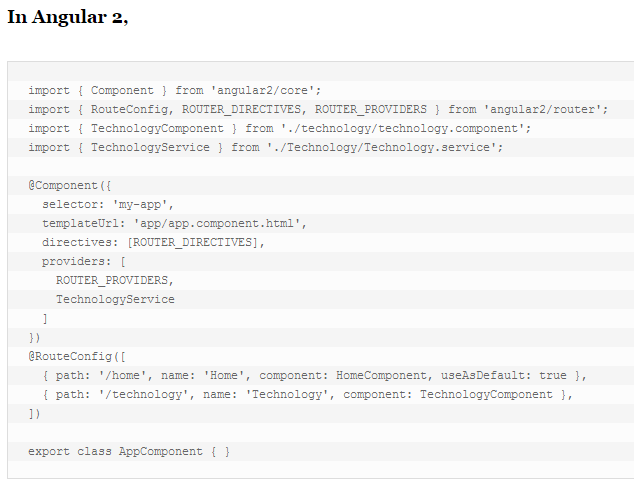