It might be challenging for developers to select the best framework because there are various kinds of frameworks for web application development. For ten years, Angular was the dominant framework for the AngularJS development company. However, Flutter is a more modern invention that has completely revolutionized the digital world. To resolve the difficulty that developers encounter, we considered comparing these two incredible frameworks i.e Angular dart vs Flutter

The cross-platform Flutter framework works with Android, iOS, Windows, desktops, and other devices. It mainly consists of four parts: the Dart platform, the Flutter engine, the Foundation library, and the Flutter DevTools.

The full software development kit (SDK) for Flutter is constantly being updated to give users a more reliable platform. In order to develop a fully functional application, it also makes use of a few design-specific widgets.

With the aid of Google’s Skia graphic engine, the Flutter engines primarily write in C++. It is a graphics library that Google acquired in 2005 after being given first development credit by Skia Inc. The DART-based foundation library for Flutter provides it with the tools and resources it needs to easily construct applications.

Why Choose Flutter an Open-Source Framework?

To get a better knowledge of the capabilities of the Google tool and predict who will prevail in the Flutter vs. Angular duel, we should first balance the advantages and disadvantages. The Concetto Lab team will never get tired of stating that these criteria should be used while choosing a technology. There are efficient developers at Concetto Labs if you want to hire for Hire Flutter developers or Hire AngularJS Developers. Nothing will more clearly demonstrate how one solution vs another fits your project than a side-by-side comparison.

Pros and Cons of Using Flutter

What is Angular Framework?

A front-end web framework is AngularJs, also referred to as Angular. It constructs web apps using Typescript and the fundamental HTML structure. Compared to Flutter, its competition, it is more stable. To develop an application, it makes use of components like data binding, type components, service components, provider components, etc.

The construction parts for the user interface are also made up of components like Dependency Injection and Filter Components. Additionally, a group of engineers founded Angular with the intention of building a cutting-edge platform for developers.
Angular frameworks are used to create apps like Google Voice, Google Transparency Report, Google Open Source, Messages, and Keen.

If the user is familiar with Javascript, Angular is simple to understand. When Angular was first released by Google in the market in 2012, it was only written in JS.

Let’s now discuss Angular 2+’s benefits and drawbacks. Companies can utilize this technology to construct their web projects even though it is not a platform for building native-like mobile applications. Additionally, the final projects will work flawlessly on mobile browsers.

However, if you explicitly want to create an Angular-based application, AngularJS Development company, Concetto Labs will reveal the trick of how to bundle your web apps with extra tools right after this block. So, let us assess Google’s front-end technological process.

Flutter is a single system-based language that lets you create applications using a variety of various parts. It is still being developed and is a little unstable. However, it is still commonly used by developers because of its improved execution component. Flutter builds an SDK platform using four different elements.

Angular is superior in terms of reliability because it uses HTML and JavaScript to build applications. It primarily consists of six components for creating applications.

Due to its reliability and superior framework outcomes, Angular is a well-known source and is frequently used.

So, which technology is ideal for creating mobile applications? Try an open-source UI kit if you want to build a product from scratch using solely Google’s tools. You should be prepared to lengthen the development time because it will make more sense. It makes sense to think about using React Native while creating an emergency smartphone app.

It makes no sense to rewrite an Angular 2+ web app that is already functioning on a different platform. Using Ionic to design an app that looks native is considerably simpler. You can wrap your product in a native mobile app format using the Ionic SDK. You must select a winner between Flutter and Angular based on the two factors mentioned above. 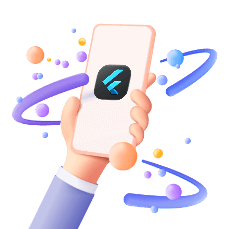