You waited for months to build and launch a fast-performing application. What if the app isn’t performing as expected? It is sluggish to load and even freezes often. What can you do to turn your months of labor fruitful?

Flutter applications are performant by default. However, every technology has its pros and cons. So the hard truth about flutter performance optimization is that “everything depends” on your app.

How do you know that your Flutter application performance is slow? You have to test the app performance only if you find an issue that needs fixing. 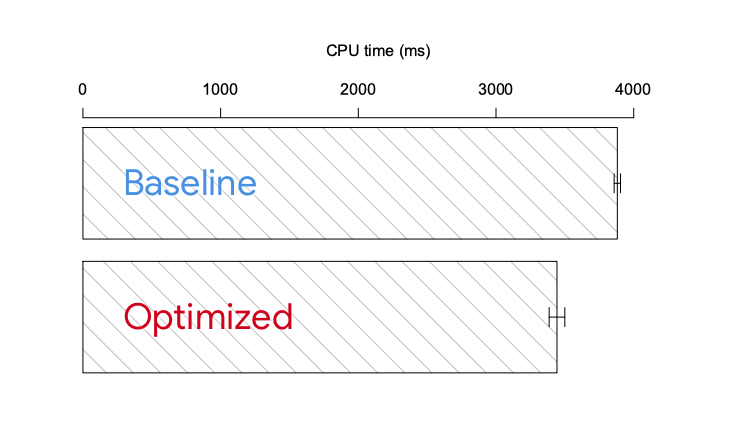 The Flutter app performance depends on factors like speed and UI smoothness. Performance profiling helps developers discover problems and rectify them on the spot. Thus, they can deliver error-free, smoother Flutter applications.

The first way to test the Flutter performance can be via the Performance Widget. The Widget shows two GPU graphs that show the raster thread performance.

The lower graph shows the written code that Flutter executes. If a frame is visible on screen for over 16.6 milliseconds, the app’s performance drops below 60 FPS. The blue graph drops and shows a red vertical line for visual elements that are very complicated to render. If both graphs show a red bar, you can examine the UI thread first.

Another way to test the Fluter app performance is through the Performance view. It offers three tools:

How to Improve the Performance of your Flutter App?

Though Flutter helps developers build high-performing applications, some apps need extra care. If your Flutter apps are crashing or running slow, you must employ some Flutter Performance best practices to optimize their performance.

As a leading Flutter development company, we share the most effective Flutter Performance best practices that will help you run your applications smoothly.

1. Limit The Use of Stateful Widgets

Do not rely too much on stateful widgets for Flutter application development. Stateful Widgets are beneficial in building large build() functions. It works well with dynamic applications that respond to user requests and actions. Developers can minimize the use of stateful widgets to improve Flutter app performance.

To avoid large build functions, developers can break down large Widgets into smaller stateless widgets. Stateless Widgets don’t depend on external data and, thus, change less often. Such widgets consume less processing power and are more efficient. Developers can use Stateless Widgets to create more definite UI parts that do not change dynamically.

Minimize the use of Opacity widgets as much as possible. Programmers use the Opacity widget to hide other widgets. Such a practice is common in languages like Objective-C. To hide a widget, coders can wrap that widget into the Opacity Widget.

If you use Opacity Widget directly for animation in the UI, it rebuilds each frame. It is inefficient and lowers the performance of animation.

To build a large grid or list, use the lazy builder method. It ensures building only the visible portion of the screen. For example, if you are building an application like Twitter that accepts millions of tweets. Developers should avoid using a Column or a List View Constructor.
If we use List View Constructor, it will build all the tweets when loading the app. It will slow down the loading and performance of the app. Instead, developers can use the Listview Builder.

Further, developers can use “s” with callbacks. It ensures building only the visible portion during app loading.

Flutter uses layouts and constraints for UI. However, the layout process for some widgets is costly. Flutter performs a single layout pass over the widget to maintain the performance.
The second pass of layout on a widget is called an intrinsic pass. It slows down the app’s performance. Developers can track intrinsic passes in the app through the Track layouts option.

Flutter programmers use Savelayer() function to execute various visual effects in the UI. But the Savelayer () function is expensive and excessive calls to this function will slow down the Flutter app performance.

It is advisable to build and display frames in 16ms or less. Further, designers should split these 16ms evenly between the structure and picture. It means 8ms for structure (build) and 8ms for display (picture).

8ms for each structure and picture improves battery life with no adverse effect on visuals. Further, it improves the performance of smaller devices.

How Fluter Performs compared to Other Technologies?

React Native and Flutter offer the same performance and stable 60FPS for scrolling applications. Regarding heavy animation with rotations, scaling, and fade, React Native performs poorly compared to Flutter. It consumes more battery power and memory and drops to a minimal 7 FPS.

On the other hand, Flutter performs better because of the default component availability in its architecture. Flutter has a powerful Skia rendering engine; thus, for interacting with native components, Flutter does not require a JavaScript communication bridge.

So, for animations and UI, Flutter is the winner in performance.

Native apps will always win when it comes to performance, as they use native technologies (Swift for iOS and Kotlin for Android).

Yet, Flutter is a framework that compiles code the same way native apps do. Thus, it uses less memory for cross-platform applications. Along with AOT (ahead-of-time) compiler, Flutter has a Skia rendering engine that optimizes the Flutter performance efficiently.
Though not equal to native applications, Flutter’s performance is on par with native apps with little difference.

Ionic uses web technologies like HTML and CSS for UI development. It uses a WebView component that opens web pages in apps. In other words, Ionic creates a browser inside the mobile app to display the UI. The performance of Ionic applications is poorer than Flutter.

Flutter framework was introduced by Google a few years back, so for performance optimization, you need to keep some guidelines in mind, which are as follows:

So the hard truth about flutter performance optimization is that “everything depends” on your app. You can only test to get the right solution to each problem while performing optimization.

We want to share some essential advice being flutter developers and what we’ve experienced so far:

Modern operating systems often vary the frequency of each CPU and GPU at their dumping as per the load and other heuristics. However, you can turn off these governors while running a flutter app test on an Android device. That process is recognized as “scale locking.” Follow the below steps:

Flutter driver allows you to implement your app automatically. Here’s how:

Timeline is the raw output of your profile runs that flutter dumps in JSON file, and you can load it into chrome://tracing.

We recommend you look at as many metrics as possible, yet we’ve outlined some useful ones being experienced by flutter’s i/O app developers:

Once you’re done setting up your flutter app performance, you’ll be able to compare experiments and commits confidently. Here’s an answer to your common dilemma “Is this optimization worth the maintenance overhead?”

It seems that in this specific scenario, the answer is “Yes.” With only a few more lines of code, each automated walkthrough of your apps takes 12% on an average CPU.

In a nutshell, we would say that you should embrace the sentence “it depends” forever when running performance optimization for your flutter apps because it might show you some different results in another scenario.

Performance Profiling helps you discover where your app lacks in performance. Once you know why your app is running slow, you can fix the issues quickly.

Also, you can hire dedicated Flutter developers from Concettolabs for expert assistance to optimize your Flutter performance.