Many of the new features included in React 18 are based on the latest concurrent renderer, which is a hidden upgrade that unlocks new and powerful capabilities. Concurrent React can be described as an opt-in option only available in conjunction with concurrent features. Still, it can significantly alter how users design the app.

React 18 has simultaneous rendering. React may interrupt, stop, resume, or stop a render. These let’s React respond to the user’s interaction swiftly, even when it is within the middle of rendering an enormous task.

Concurrency is a real upgrade to the React rendering system. Concurrency lets React interrupt the rendering. React 18 introduces the foundation of concurrent rendering, and also new features like suspense streaming server rendering and transitions are run by simultaneous rendering. March 2023 is the React 18 release date.

React is a JavaScript library that helps you build user interfaces. It’s most commonly used for single-page web applications. The library has gone through significant updates recently, including features like Hooks. These features have made it easier to create React’s dynamic user interfaces. Suppose you’re looking to develop a new project using React. In that case, we can help you get started with complete development services for your startup or business idea by hiring experienced developers for your project today!

The most talked-about topic within the JavaScript community has to be React 18. After many years of waiting for the release, React 18 is finally here! React team has revealed the most current release of React – React v18.0, which is highly anticipated with the feature of concurrent rendering. Some of these are:

In strict mode, components are resistant to the effects of being removed and mounted at the same time.

Instant updates display direct interactions like clicking, pressing, and typing. Transition updates allow you to transition users’ interfaces from one to the following.

For instance, there are two events when you type in a field that uses a typeahead. The blinking cursor displays visual feedback of the text being typed and an ability to search within the background to search for the content being written.

Giving visual feedback on the user’s part is essential and, therefore, essential. However, searching is not as urgent so it could be classified as not urgent.

In the case of natural objects, immediate updates need to be made quickly to be in line with the user’s instinct and experience. If there’s some delay after pressing an icon, it may throw users off since they expect an immediate response.

The users are patient with transition updates since they know that their actions might not trigger an immediate response on the screen.

Batching is an essential component of React to group state updates using the aid of hooks built into the system or event handlers. It can prevent components from rendering for every state change unnecessarily, resulting in faster performance. Batching was only available to browser events before the last version, React 17. In the latest React 18 version, React introduces ‘Automatic Batching, A better form of batching.

Automatic Batching allows batching of every state update from created root regardless of where they come from. This includes batch state update intervals as well as native event handlers. Asynchronous operations and timeouts

The Reactjs development company can now update multiple items without hitting re-render each time they want to implement a new feature or change something on their webpage.

Suspense is a React component that lets developers stop rendering the component until a specific requirement is fulfilled, using a fallback option. A string or a different React component, such as a spinner, is a good choice as a fallback alternative. React Suspense had only worked with dynamic imports until this point.

React makes it possible to perform server-side rendering by rendering all server components. The result will then be delivered to the browser in HTML elements.

React can load JavaScript like a standard browser. The HTML components created from the server’s code will be linked to JavaScript.

The stable version of React 18 will have a full suspense feature that is based upon the feature concurrent along with the following features:

Delay transition instructs components to delay a new state transition until the issue is removed.

SuspendList: SuspendList HTML0 helps to suspend many components by placing them in the sequence to be shown to the end-user.

The complete list of reacting 18 new hooks is long, but developers are enthusiastic about code-splitting, server-side rendering, and error handling. At what point would you hire React JS development services?

Maybe when your UI needs to be updated in response to API changes or when you need real-time updates in a vast user base. As always, read up on technology before deciding if it’s something you need—you may discover there’s a suitable alternative that costs less or requires less upkeep! If there isn’t one, do yourself a favor by hiring people who know how to use it.

Concetto Labs will help you start with ReactJS 14 Development services. 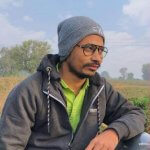 I represent Concetto Labs as a ReactJS Tech Lead and I have developed ReactJS web applications from scratch and also support for existing applications. I have experience working on ReactJS, Angular JS, NodeJS, PHP, Laravel, WordPress and many other languages. It has been a good learning curve for me here and plan to explore more.