Getting started developing an iOS app can be overwhelming, but there are nine iPhone app design patterns that you can keep in mind to make the process simpler and more efficient. Whether you’re designing your first app or want to ensure you don’t miss anything important, these ios design patterns will make it easier to create top-notch apps that make people force to buy your products or use your services.

What is iOS Patterns Design?

Mobile applications are built on several kinds of design patterns, frameworks, and components. A design pattern is a solution that can be reused for a commonly occurring problem in software design.

There are two types of solutions: Creational patterns create objects for you without much effort. Structural patterns define how classes should be organized and work together. They’re more complex than creational patterns because they can affect multiple classes or many parts of your program at once.

You can use multiple iPhone app design patterns to create seamless iOS apps. Although you might be able to code an iOS app in a few minutes, it is important to learn how to create iOS apps efficiently and quickly.

Now you know about design patterns. Let’s now discuss the different types of software design patterns. If you are looking for a design for an ios app, make sure you hire iPhone application development company that has a great understanding of your business goals and needs.

How Many Design Patterns Are There?

There are mainly three types of Ios design patterns:-

The observer behavioral design pattern is a type of event notification system. In particular, it’s used in situations where one or more observers register their interest in a particular event and then get informed automatically when that event occurs. Consider a chat room application.

The Memento design pattern lets an object record state information and later allows you to recreate that state. Memento performs tasks such as the Archiving, UserDefaults, and NSCoding protocol to use CoreData. However, the privacy of the data is not violated. For example, if you have a card game, one memento might be each player’s hand of cards.

It is one of those you didn’t know you had until you needed it. The Template Method allows you to define both an interface and a body method, which acts as an intermediary between your client code and any existing subclasses.

This allows subclasses of an algorithm to define its phases without changing the overall structure. Each part of the algorithm can be broken down using the template approach.

When an app’s primary function isn’t connected to its visual design, it makes sense to use Facade.

The Facade design pattern is an iOS UI pattern with a simple interface. It can be equipped with classes, frameworks, or library systems. This design pattern is part of the GoF (Gang of Four) classified under structural patterns.

Wrapping objects that handle adapter meters can be done. These meters are used for data and foot conversion.

The Adapter pattern lets you present a consistent interface for objects that implement different interfaces.

This pattern is also known as the Wrapper design. You will need to use the Decorator design pattern to activate the behavior of your target object. It also includes its characteristics.

To solve this problem, the Builder design pattern must be used to separate the construction of an object from its classes.

Both the Abstract Factory and Factory patterns offer similar options. Although it doesn’t define the implementation class of an object, it assists in creating a family (or group) of objects. Then, the selected objects are chosen from the group.

This design is also known as Class Cluster. The abstract pattern creates a public class in the app code.

This design method is proper when you only need to duplicate a single piece of the entire pattern. This design method describes all objects and allows you to select the right location for the duplicated item. For example, it could be an iOS-based UseDefaults item.

In conclusion, design patterns are important in developing applications because they help develop a successful and robust app by focusing on how an application can be reused.

They help organize how different features will work together, and they also provide a tool for us iPhone app developers to implement new features into our apps without making mistakes.

We are a prominent iPhone app development company that provides top-of-the-line iPhone app design services. We should always consider implementing them when developing applications for both Apple’s iOS platform and other platforms such as Android. It was one of many reasons why Apple implemented Swift into its new programming language for developing native mobile apps.

Looking For a Design For an ios App 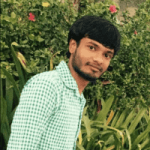 I represent Concetto Labs as a iOS & Flutter Tech Lead. It's been 8 years since I have working with Mobile Application Development. I have experience working on Swift, Objective-c, SwiftUI, Dart, Java, Node JS, React JS, Unity and many other languages. It has been a good learning curve for me here and plan to explore more.