Android New Features You Must Try Out Today

After the Android 13 release at Google I/O, there’s no denying that this new version of Android has plenty of new features to take advantage of. Although the Android 13 release date is still not confirmed, it is expected to release in Autumn. 2023. Whether you are an android developer looking to get more out of the operating system or just an average user who wants to know what’s in store, everything you need to know about what’s new in android 13! To get started, let’s look at the big Android 13 update you can expect from the latest version of Android.

Google collaborated with phone makers and carriers to launch Rich Communication Services as a high-quality alternative to MMS and SMS messages via text in the past few years. It supports high-quality images, messaging over Wi-Fi, an improved user experience for group messaging, and typing indicators that inform you that people are typing. The app is already able to support end-to-end encryption for one-to-one conversations, and encryption for group chats is expected later in the year.

Your messages are encrypted from your phone through your carrier up to a server run by your telecom company. So even if someone could intercept those messages, they wouldn’t be able to read them without a decryption key.

It is the essential Android 13 feature that is out now. Google Wallet, which initially was launched in 2011, now receives numerous improvements and features. Google Wallet now can store digital versions of your most essential documents such as credit cards and travel passes, vaccination records, office badges, car keys, boarding passes, and student IDs. The goal is to offer the fastest, most secure alternatives to traditional cards. Google collaborates with US states and international governments to offer digital IDs. Apple Wallet started to assist in a variety of US states in March.

With a built-in Google Pay button, you can purchase items with your phone on any e-commerce site, right from your wrist. There are many new Android 13 features at I/O, but perhaps one of the most exciting is a whole new series of apps designed specifically for wearables. Wear OS may not have made it into its name yet, but make no mistake—this is a significant change for Android.

Google has added the ability to use multi-lingual functions, allowing them to select the default language of an app on an application-by-app basis. For things that aren’t as important, like your Facebook account, you could choose to utilize the language you’re currently learning. For things that require the user to have more precise, for instance, your banking app, it is possible to use your language of choice.

There are many more minor tweaks you can also make. For instance, apps can now include the color of the theme or wallpaper you’ve chosen. Additionally, the media toolkit can now change its appearance based on the kind of music you enjoy.

The new feature builds on existing support for emergency responders. When activated, an SOS alert is sent to everyone you’ve designated as an emergency contact and a message to your local 911 center with your location info. In addition, SOS automatically puts a call through to local emergency services and starts sending periodic updates about your physical state. Emergency SOS can be triggered using a new button built into Wear OS or by holding down one of two buttons on most smartwatches.

Emergency Location Services, which is already integrated into Android, aids emergency personnel locates the person you call for assistance. ELS is now accessible to more than 1 billion users across the globe.

Android 13 brings loads of changes that app developers will have to be prepared for. It’s going to take a lot of time, effort, and money on both sides, but it will be worth it if you are one of those companies who want their brand (or yours) to reach millions of people using Android devices. It is not too late to have an app for Android 13, but you should start as soon as possible because these changes will roll out quickly.

Contact us if you are interested in developing mobile apps with an Android app development company that can help you create stunning applications ready for when Android 13 goes live!

Are you in search of the
latest Android feature for your application?

Request for a quote! 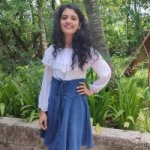 Hello, I’m Working in Concettolabs as a Flutter tech lead, with Six years of experience in mobile applications with Android and Flutter (Mobile and Web App). It has been a good experience of building beautiful apps with great UI/UX and responsive design for mobile and web.