What is ASP.NET Core and Everything You Need to Know

What is ASP.NET Core and Everything You Need to Know About it?

Microsoft .Net development framework is around us for a while and is working at the heart of the company’s development and platform strategy. .Net Framework and ASP.Net core Development are entirely different frameworks.

What was the need to create a new Framework and why did Microsoft decide to create something all from scratch?

Well, there are a few drawbacks of .Net Framework such as:

Talking about new .Net Core Development, then this Framework runs on Linux, Windows, and macOS, which is open-source and is well-designed to handle web requests with ease.

After looking at various hosting Frameworks, it’s clear that .Net Core is very impressive and one of the popular frameworks created to beat the competitions. A few of the other popular frameworks include netty for Java, nodejs for JavaScript, and Nginx for C. This is the big reason we have to switch from .Net Framework to ASP.Net Core framework.

Have a look at the below image, which shows that sources are available online by GitHub that .Net core framework is an open-source project.

Moreover, the study shows that .Net core is much lighter as it’s now decoupled from the .Net Framework and is an independent Framework altogether. Very less code is used, which reduces dependencies, and the codebase is still small.

We, as ASP.NET Core Development Company, ensure that there is no longer the case as Microsoft intended to get rid of Webforms in either way. Mainly, ASP.Net uses two architectures, such as MVC and Webforms.

ASP.Net Core combined Web API and MVC by overlapping two frameworks. MVC comes with JSON instead of HTML. So, merging them can be a great move and can help in simplifying development. Moreover, ASP.Net core development uses Razor pages to extend the MVC framework and allow encapsulating controller and model together with two-way binding.

It is one of the best features which allows differentiating parts of your code for staging, development, production, etc. Before ASP.Net core, there was no feature like this. Let’s know better, with an example:

Use Startup. cs file to configure your application. In the below image, you’ll see a detailed exception page for development.

Using different CSS or JavaScript below environment can be used. Use CDN in production but local files during development. Check below Razor layout view:

The project structure is very simple and you can find out differences easily between frameworks. The project was created from Visual Studio. Also, Note that .Net core only needs one package while the .Net framework needs the whole bunch of assemblies to start working. 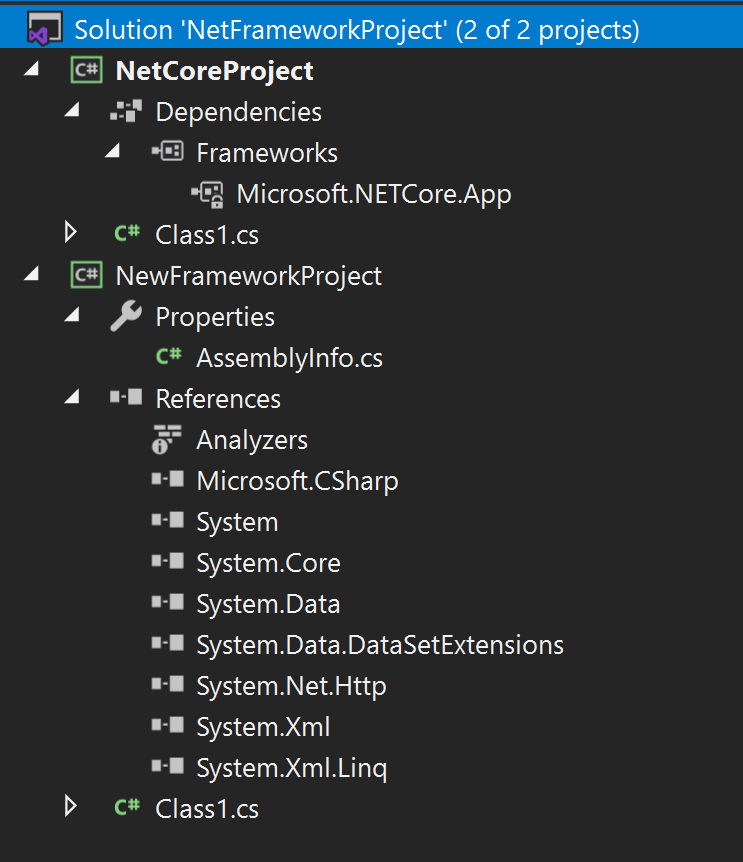 .Net core can offer quite a lot without installing the additional package. It can design fast, ideal for creating Web APIs and writing from scratch, along with adding necessary features such as:

ASP.Net core 3.0 is the latest upgrade of the Framework that uses NuGet package management tools, which adds libraries and another package to your code from NuGet. .Net Core modules work along with libraries and result in modularity.

Using smaller OS and customized runtime users can optimize the application in fast-deploying containers either on Windows container or with thin box Linux such as CoreOS. The modularity helps in targeting resource devices like Raspberry PI running the IoT releases and more. .Net core can handle several models which contain 190+ repositories which mean:

Yes, we can call it a surprise as ASP.Net Core 3.0 version comes with Windows Forms Implementation. The package would contain the most modern elements such as WinForms from which you can get benefits from all goodies of .Net core, and the looks stay the same.

.Net Framework runs on Linux does not support all the features, but the .Net core framework does. .Net core covers all .Net framework features, and Mono will build on the top. Talking about what’s next in ASP.Net core 3.0, then soon around 2020, we’ll find a new .Net 5.0 version release, which will support IoT, mobile, and gaming (XBOX).

No need to Rewrite

Additionally, if you have written code in .Net core, which runs on Xamarin, then you can target the .Net Standard, which is a common set of APIs that works everywhere. Here .Net core can be rewritten or written anew where some method and interface might differ. Also, a few changes are in configuration, dependency injection, and other handling request pipelines.

What is ASP.NET Core and Everything You Need to Know About it?