Reasons to use Nodejs with React for Website Development

Reasons to use Nodejs with React for Web Development

In today’s competitive world, many organizations are choosing different ways to engage customers on devices they use the most to gain an edge over their competitors. Amongst the numerous web tools and technology options available, the neverending documentation, and the myriad of options – deciding where to start can seem impossible.

Node.js application development company is able to offer different and convincing features as the Node.js environment is the best to deploy React apps with Node server. Using Node.JS, JavaScript code can run smoothly if it’s deployed on the Windows, Linux, and Mac OS platforms. Henceforth, React.JS offers a straightforward interface design as well as a smooth and consistent learning API.

So, now you might have a question: What’s special about Node.js? Why does it attract technology leaders?

Well, let’s get through the answers.

There are many software tools enabling developers to provide cutting-edge programming solutions. The actual reason behind this is that code works correctly even in outdated browsers. NodeJs helps you by providing a “JavaScript for Everything” paradigm. It works as one programming language for coding both the front-end and back-end.

NodeJS is one of the most popular programming languages for developing high-speed scalable server-side and cross-platform network applications. It uses an open-source JavaScript library. This minimizes code duplication.

An application developed with Node.JS is split into separate packages or modules. A module represents a block of code that can be reused in other modules. The engine uses an event-driven and non-blocking I/O model. Thus, it’s suitable to develop contemporary solutions based on web sockets, event queues, and microservices.

The Node.JS JavaScript runtime built runs on a single thread, just like the event loop. Yet, in the background, it can use many threads to execute asynchronous code. Hence, it is represented as a multi-threaded one. It continues executing the code and doesn’t wait for a response to an API call, I/O events, etc. This supports many concurrent thread events. Since the data is output in large batches, applications don’t need to buffer. 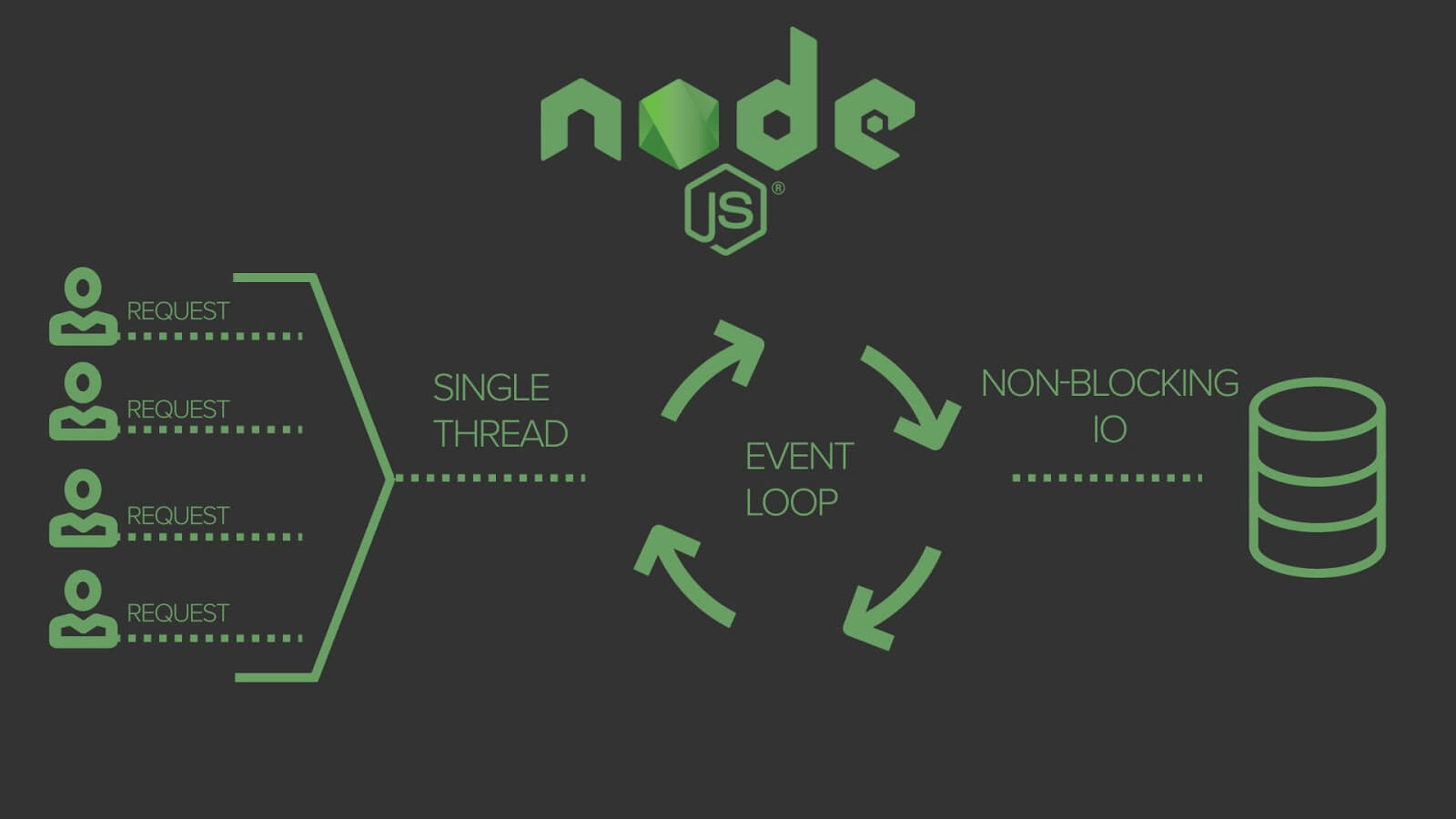 These are based on Node.js:

Node.JS comes up with advanced features for real-time applications and chatbots.

NodeJS is able to handle concurrent requests from one million devices on its network.

The developers who are willing to develop responsive applications will choose the combination of Node.js and React.js. The main reason behind this is, it has thousands of libraries, a simplified model, and the support of the NodeJS React community. 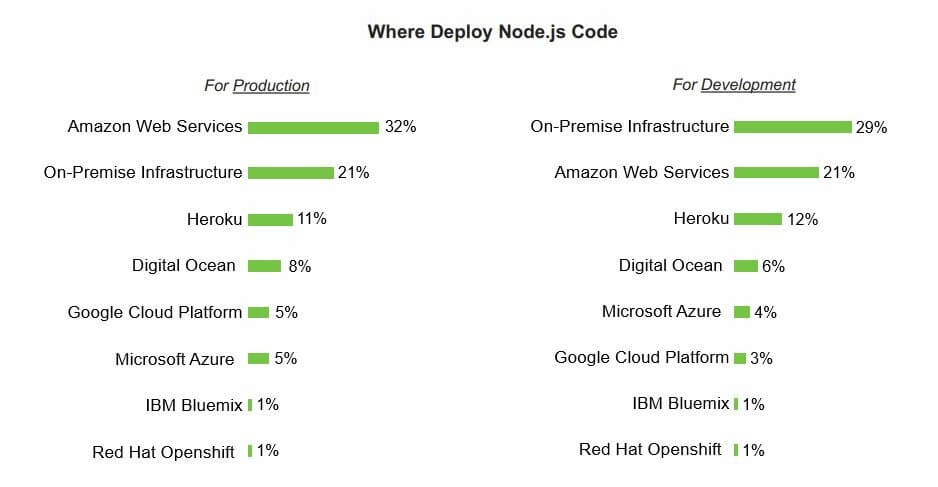 What’s ReactJS? Why is it so special?

Due to its fast virtual DOM, ReactJS is often used as a V in MVC. Initially, it was developed for working with web browsers. It has a ReactDOM library that works with the browser’s DOM. But over the years, it has been upgraded to a cross-platform framework called React Native that’s widely used by iOS and Android developers.

Using React, a developed app can easily cater to challenges like slow user interaction and low performance due to DOM manipulations. This problem has been solved by its Virtual DOM.

Therefore, React has become the first choice among developers. You can also hire Reactjs developer to develop highly robust, hybrid, and native applications.

Let’s find out some characteristics of React.js.

React.js reuses components of a system. It updates and displays only what’s needed when the data changes.

Due to its downstream data flow, React ensures the brilliant performance of the code.

ReactJS has all the required debugging tools for the convenience of mobile application developers. Using design patterns, a developer can easily create an interface for iOS and Android applications.

Can I Use NodeJS With React?

If you have a question about using NodeJs with React, then we can say – Yes. Definitely, you can use Reactjs with Nodejs to create ergonomic interface components.

Node.js is the most convenient platform for hosting as well as running a web server for a React application.

There are two main reasons:

Remember one thing that, using React with any other backend or React is optional. React is a JavaScript library that presents the information to the user irrespective of its source. And Node makes it easier to develop with React.

Albeit, if you are going to host a React app on another server (except Node), you can still use it to prepare JavaScript for deployment. So NodeJS is not necessary, but it’s preferable while using ReactJS.

By far, you have figured the usage and functionality of Node.js with React. React works for the front-end, whereas Node is used for back-end platforms. Node.js can do a lot more than making servers; it can do all types of scripting and CLI tools.

So, as a developer, if you are planning to use React with Nodejs, you should have some knowledge about NPM. And to use React, you don’t need to code in a Node environment, unless you want to add a back-end.

If you are using React with Node, it will surely help you to enhance your project to the next level. Therefore, many expert developers and tech giants like Netflix, PayPal, Facebook, Linked In, and Trello, etc use it and have achieved tremendous results and drastic improvement in performance.

So, if you are planning to combine and use React with Node in your web development, then get in touch with the prominent web development company, Concetto Labs. Hire web developers from us and start developing your dream app today.

Reasons to use Nodejs with React for Web Development

If you’re a marijuana user looking for the most up-to-date and finest cannabis apps available in 2022, ensure you clear some storage on your device because we’ve got something special prepared for you. We’ve put our hands on the best apps for stoners to get going in the upcoming year. Some of the applications are […]