A Cross Platform Development Tool : Flutter with Pros and Cons

If you are a desire to streamline the development process for your apps than Flutter is considered as a reputed developing service provider.

An open-source development framework created by Google for mobile applications is known as Flutter which is utilized as a development platform for iOS and Android apps by using different programming languages like C, C++, and Dart.

The different developing platform of Flutter is Linux, MacOS, and Windows. Flutter support development on windows and also for charts, inline video, and advertisement. Other benefits can gather from Flutter are More Firebase API assistance, Tooling for Android studio and Visual studio code, Accessibility and internationalization, Process of Documentation has improved.

Google’s engineer’s team of Flutter have worked on the most important segments of the engine with the purpose of improving performance.

Flutter App development services allow building a two-dimensional application which means can use either to generate a fully-featured application or support for geolocation, storage, Network, cameras and many more.

A cross-platform framework like Flutter will help to launch splendid designs or stock platform apps. For many well-known online applications like exclusive news and videos, merchandise stores, trivial games Flutter is used as a development platform.

Cross-platform development has become popular nowadays due to its tools and features that are amazing and easy to adopt for the Flutter developers. Mobile application development in Flutter is proceeding in a way that can be run on different platforms. In this kind of development, programming is done only once in a way that could be able to support iOS, Android and Windows.

All Developers will always look for some new improved technologies which can make the app development process efficient and less time-consuming.

Why Flutter is Good for App Development? 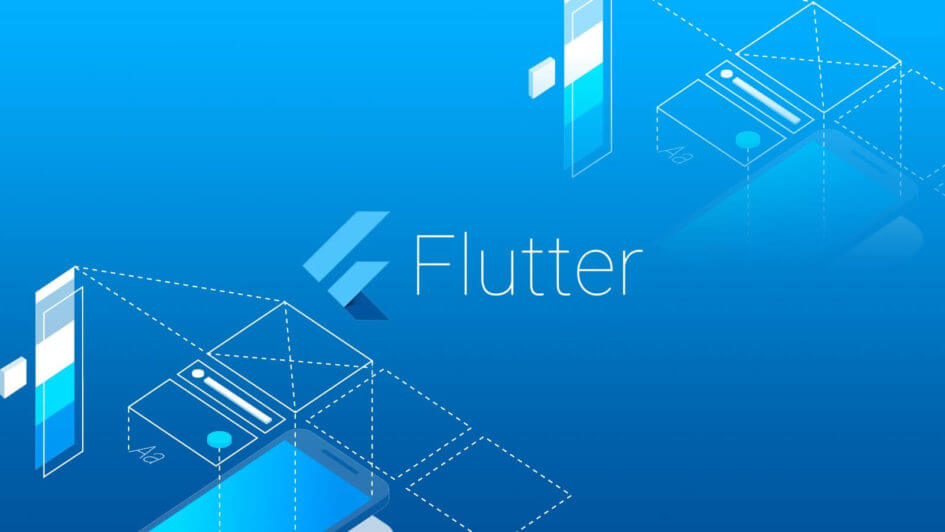 The main three reasons that Flutter is good for any app development are Progressive or Instant Web Apps, Applications direct communicate to hardware via Bluetooth and Uncommon Native Libraries needed by Apps.

Apps that Built with Flutter need to be small and on the other hand, need to be larger than native apps.

A Separate feature for both iOS and Android which could be time-consuming.

All the Tools provide by cross-platform development have various features and their own Pros and Cons. In today’s blog will discuss Flutter’s Pros and Cons. 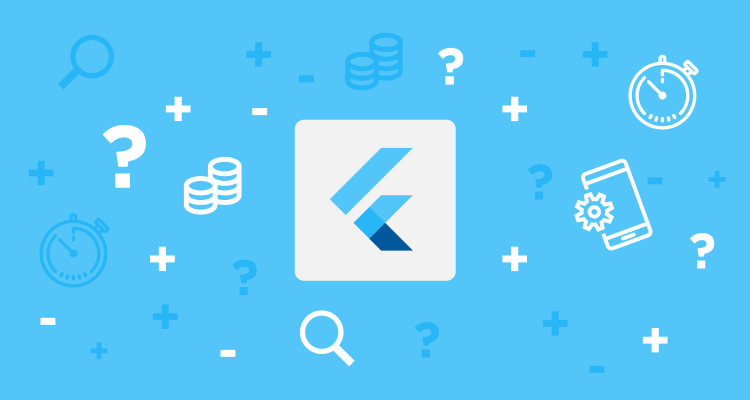 Flutter is fast and less in cost from the app development owner’s perspective and the other authority included by Flutter are Less Coding, Cross-Platform Development, Different Themes, Hot Reload, Widgets and Perfect for MVP:

An object-oriented Programming language Dart used in Flutter doesn’t require to do new code totally if any changes are made due to its hot reload feature. Flutter is similar to the react native and hence it is explanatory and reactive.

As we have discussed this in the above section Flutter is a development tool for cross-platform in which coding is done only once and the same code can be reused into other platforms.

Flutter allows allocating different themes while coding for both platforms which helps the developer to match the theme design and theme color and even more than that.

If any changes are made in the application that instantly reflects the developers which make the process less time-consuming and easy. The Hot reload allow the Flutter developer to make changes into an app for batter if that didn’t fit in-app properly or didn’t look good.

Widgets are the advantage in Flutter app development process as they are fast, natural in look and customization. These widgets make an app more interesting. Flutter include the wide range of widgets that can be customized as per the need and also perform well.

Flutter is best option to build native applications for both iOS and Android. This will help you to show them what your MVP looks like among your competitor and save time to develop apps for two different platforms.

Some of the hustles or cons that Flutter development include are No Tv Support, No CI support, Only limited to mobile and Few Libraries.

Flutter development is currently not available for Android TV and Apple TV.

Other platforms allow unbroken integration support but Flutter does not allow the same set as it provides other solutions instead of CI platforms with condition that developers need to set up toolkits.

3. Only Limited to Mobile:

Flutter is currently not available for Web browsers as it is limited to mobiles only. These could be a major impact for the owners who want to develop both mobile and web apps.

As Flutter is still in its preview stage hence it has narrow range libraries. Some of the useful libraries are still not available in Flutter. If the developer wants they can build their own libraries which is a time-consuming process.