Microsoft Power Automate is a task-automating tool. Previously, this process was termed as Microsoft Automate flow. Later, after rebranding, it became widely popular as Power Automate. This can be understood as a binding receptor between various Microsoft products. Despite being so useful, this term is unknown to a majority of the population, and people don’t know that what is Microsoft Power. In this article, we will discuss this term in detail and Microsoft flow vs. Power automation.

What is Power Automate This is an essential part of Office 365 workflow. We all are very well aware that Microsoft Office 365 Power Automate consists of various kinds of apps. These apps are assigned different kinds of tasks. The problem is that these apps are programmed so that they work independently, which means that these apps perform their operations without being in constant touch with each other. This complicates the process because the basic business operations are not executed properly due to a lack of communication.

Applications that are essential products of Microsoft Office 365

How does Power Automate work?

As the name itself suggests, it is a kind of program that aids MS automation and makes it easy and feasible. It connects various applications as mentioned above and helps them communicate and understand each other’s work. This phenomenon takes place only in the cloud and on-premises environments. It also assists the process of synchronization of different apps, notifications, and data collection. Once you set up a workflow on your system in Power Automate flow, you are free from worrying about missing notifications and important calls. It keeps functioning in the background and remains dedicated to help you stay alert regarding essential notices and other such tasks.

How to start working with Power Automate?

To begin using Power Automate Microsoft tools, you just need an email address and a web browser, and you are good to go. To install Power Automate on your system, you need to follow the below-given steps-

For whom is Power Automate available?

It is an awesome tool to ease out your technology-related operations. Using Microsoft Office 365 has never been this easy. By introducing the technique of Microsoft Power automation, Microsoft has fulfilled its promise of delivering automation in the hands of users. Therefore, it is available for everyone. If you are a basic level techno-craft, you will be able to use it. Other than that, in the professional sphere, Power Automate can be easily used by anyone, including Human resource professionals, finance people, and IT consultants.

1. Ease in sharing information and data:

One of the biggest benefits of using Microsoft 365 Power Automate is its ease in the processing and transferring of data and information. Power Automate establishes a source of connection among various apps and therefore, it plays the role of a connector. Because of this, information sharing becomes very convenient. All the apps stay updated with the recent happenings in each other.

Using Power automation increases the amount of efficiency in a system. This helps in improving the level of performance and also saves a lot of your precious time.

Though there are various other tools present in the market that offer you the feature of automation, none of them matches the level of Power Automate. It not only gives you control of your automation and handling but also ensures safety and security. Therefore, just learn that how to use Power to Automate, and then you will only have to point and click, and most of your work will be done.

Power automation takes the help of connectors to establish a connection with other applications and services. This makes the process of integration very convenient and easy.

Power Automate has grabbed attention due to its ability to connect numerous services together in one cloud. It can bring more than 200 applications to one place at a time. This initiative has literally introduced the world to the unmatched capabilities of artificial intelligence. Power Automate features are a must-to-have in this technology-driven world. It is especially beneficial for organizations and giants. There are no pre-decided cost values required to access the standard Power Automate license, just that you must know how to use Microsoft Power Automate. However, it might depend on the source preferred by you. So, stop waiting and switch to Power Automate to make your tech-savvy world a lot easier.

This is an essential part of the Office 365 workflow. We all are very well aware that Microsoft Office 365 Power Automate consists of various kinds of apps. 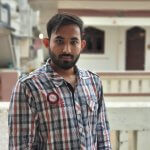 All You Wanted To Know About Power Virtual Agents: An Overview

Using real-time messaging is one of the most common methods of user engagement by brands big and small. To answer all the questions of your customers, website visitors, and employees, an active chat facility can lead to a quick resolution. One of the most essential tools used for the same today is Microsoft Power Virtual […]