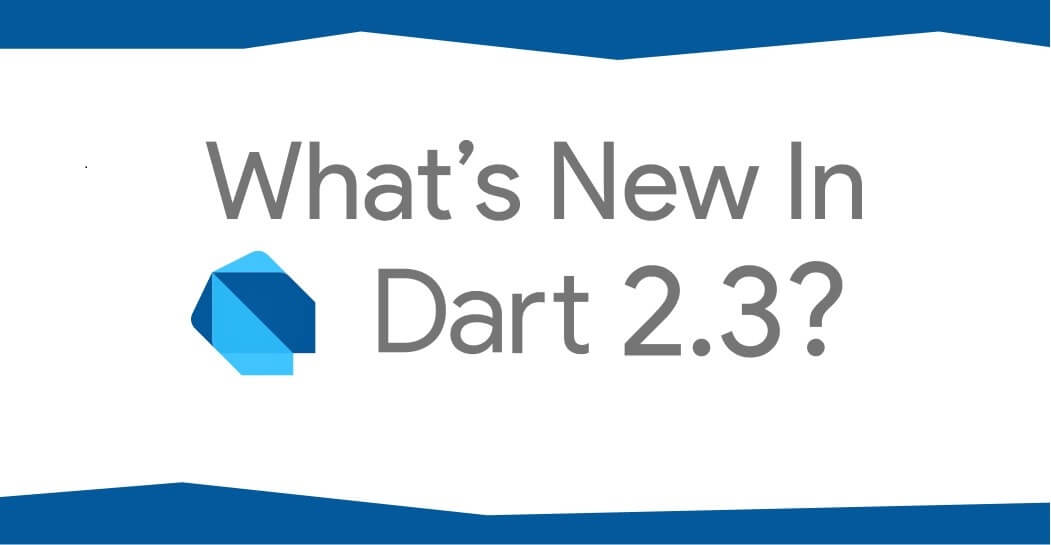 Later, Google turns to put its finger in the pie with Flutter! In the year 2017, Google released it’s first-ever Flutter 1.0 version, after keeping it in beta mode for 18 months.

Dart is a programming language used for coding apps in Flutter, which is also considered as another product by Google released in the same year.

With the evolving trends, it is important that companies update and offer something new to their users to maintain that spark in the relationship. That’s what Google did by upgrading Dart and recently released Dart 2.3!

This actually comes with a new set of new changes in the library as well as language. However, Google entirely focused on the Collections part with an aim to make Collections more expressive and declarative.

How to explore these new features and changes in Dart 2.3?

Here’s the list of significant changes in the Dart 2.3, in brief:

As per the image, consider the following list of text widgets.

Earlier, when you have to add all these to a ROW widget, you normally do something like this: 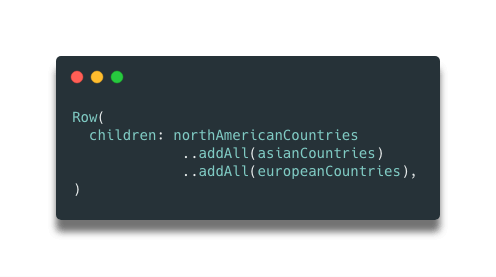 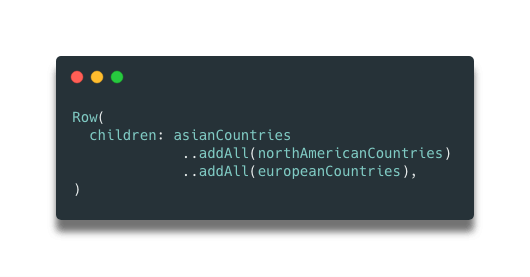 This ultimately demands you to reorder the Adderall methods to your list, which is not convincing and ideal at all.

But now, enter the new Spread operator to achieve the above results seamlessly: 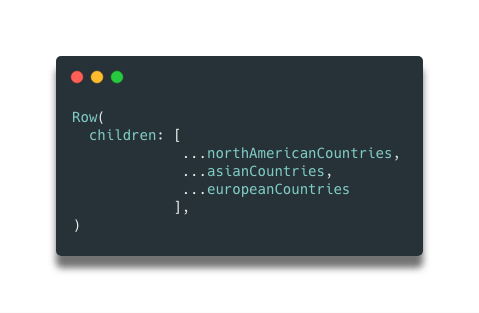 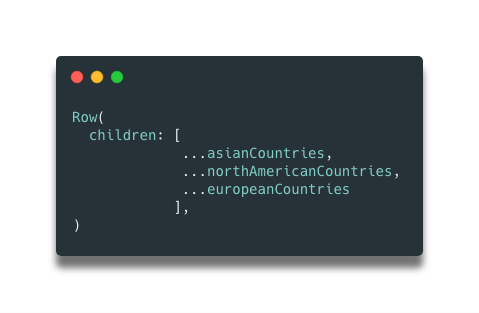 2. Utilizing “if” in a Collection

The all-new Dart 2.3 enables you to utilize if/else statements in Collection literals without any hassle. For example, look at the following “pre-Dart 2.3” image where we put on view Asian countries, only if the user is exactly from an Asian country:

But with the new version of Dart this how you could go about doing things:

This makes content more readable and clear for every flutter development company.

3. Utilizing “for” in a collection

Suppose you want to revise your “European countries list” before utilizing the list anywhere. To exhibit the new Dart feature, let’s just prepend “new” before all the countries. Things were something like this before Dart 2.3 arrived to take this step: 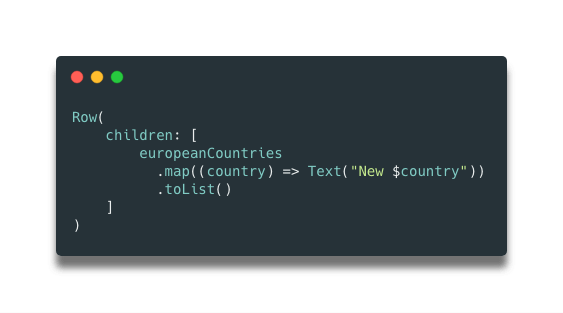 There are some more changes in the tool aspect of Dart 2.3, let’s take a look at them as well:

The linter is updated to 1.0.86 that includes the following changes:

Primary support for compiling Dart apps to native machine code has been added and two new tools have been added to “Bin” folder of the Dart SDK:

These are some of the prominent changes and features introduced by Google in Dart 2.3. However, if you are planning to hire Flutter app developers for your business, then your search ends here! We at Concetto Labs company offers a wide range of app development services worldwide, enabling you to focus on core business aspects. For more details, you can visit our website: www.concettolabs.com

Java vs .Net: Which Is Better to rule the future?

Reading Time: 10 minutes In today’s programming world, we’ll find a lot of languages, libraries that are used by developers for different purposes. Choosing a language plays a vital role when it comes to developing an application or a website. There are times when… END_OF_DOCUMENT_TOKEN_TO_BE_REPLACED

Why Do Businesses & Organizations are Shifting towards Microsoft PowerApps Development?

Reading Time: 10 minutes The Microsoft PowerApps Development has opened a chapter of comfort in the app development world. Now businesses are taking the benefits of PowerApps developers to build their apps faster and cheaper. This platform is conceived by Microsoft, which consists of… END_OF_DOCUMENT_TOKEN_TO_BE_REPLACED