What’s new in Flutter 1.9 and Dart 2.5 launched by Google 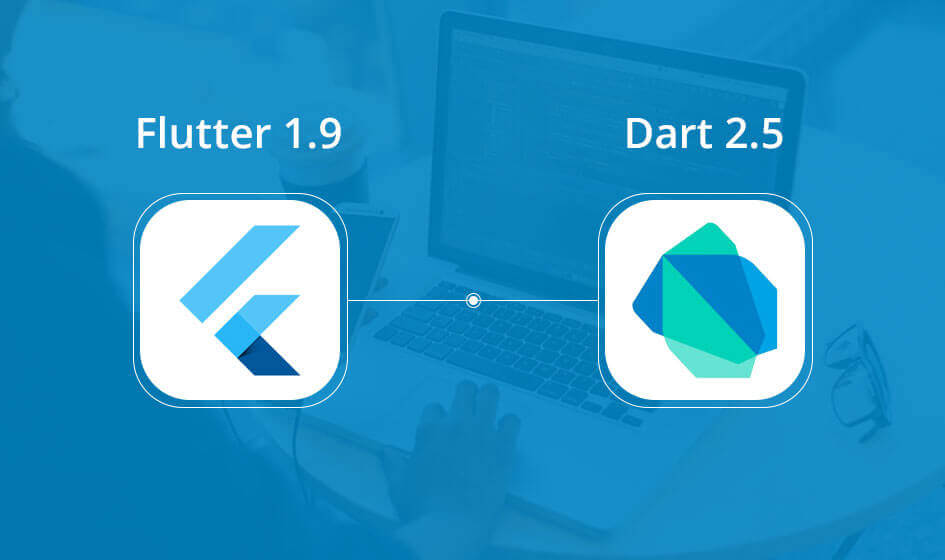 With the kind of progress, the digital world has seen in the past few years, Google has never failed to surprise with its list of innovations. What had till now seemed to be a challenge in the form of cross-platform application development, now seems an easy task with Google’s Dart 2.5

With the release of Flutter developer alongside Dart 2.5, Google is advancing a step towards the formation of a unified toolkit for cross-platform coding. The unification can be performed across multiple UI Design platforms with the help of Flutter 1.9 Developer. This means developers can build applications over web apps, mobile apps as well as desktop apps using the same underlying codebase.

Dart is one of the programming languages developed by Google. It was designed with the purpose of application development over mobile, desktop, backend and web apps. It was unveiled in 2011, with features that were really revolutionary at that point of time. The language is object-oriented, with the option of trans compiling it into JavaScript. It can be described as a garbage-collected, object-oriented and class-defined language. Flutter is a library that was designed by Google to integrate different platforms. It aims at reaching out to portable UI toolkits in the process of faster multi-platform web development; it uses Google’s Dart programming language for its functioning. 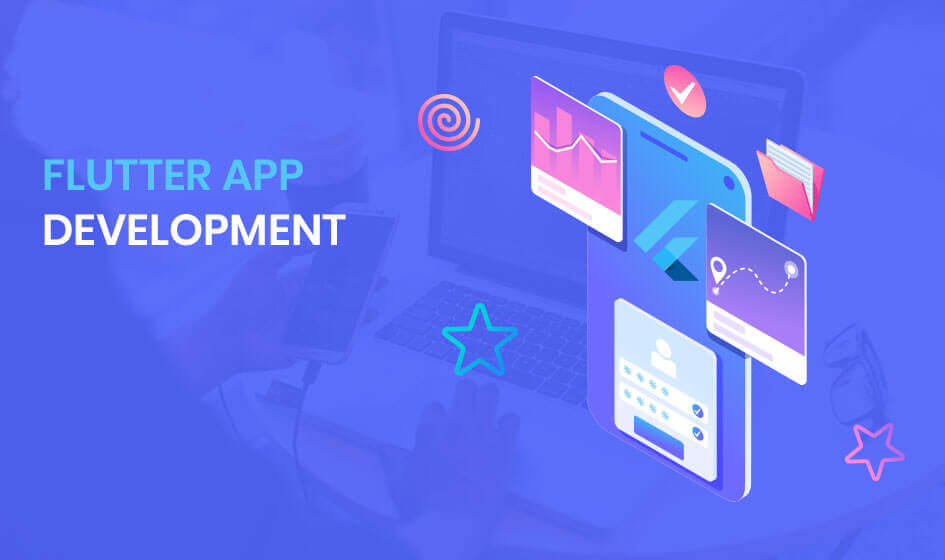 The main highlight of the latest version, this feature is a welcome change as far as developers are concerned. This is the chief feature which ensures the unification of codebase application over multiple and varied platforms like mobile, web apps and desktops.

The updates include additional support for the new XCode build system. The system is now enabled to work on 64-bit support throughout the entire chain. Besides, the addition of platform macOS Catalina comes with the simplification of dependencies for the system as well.

In addition to this, feature such as vibration feedback has been added. There are provisions for long-press and drag-from actions.

The usage of Swift as the default language would eliminate all manual work required at the time of application development and relevant packages addition. These would come in by default because of Swift for iOS.

Besides, the Swift dynamic libraries would no longer be required to be separately added for versions 12.2 or higher for iOS. This ensures the smoother and faster working of Swift 5, greater ABI stability and reduction in Swift application sizes compared to prior versions.

Also, Kotlin becoming the default language for new projects in Android studio becomes the default for Flutter CLI tool and the IntelliJ/Android Studio and Visual Studio Code plugins for Flutter. The developer still has the option, though, of switching back to Objective-C or Java, as he prefers. The overall purpose is better unification to achieve easier integration of multiple platforms.

In comparison to earlier versions, Flutter 1.9 developer would have more concise and readable messages along with the benefit of being more actionable. 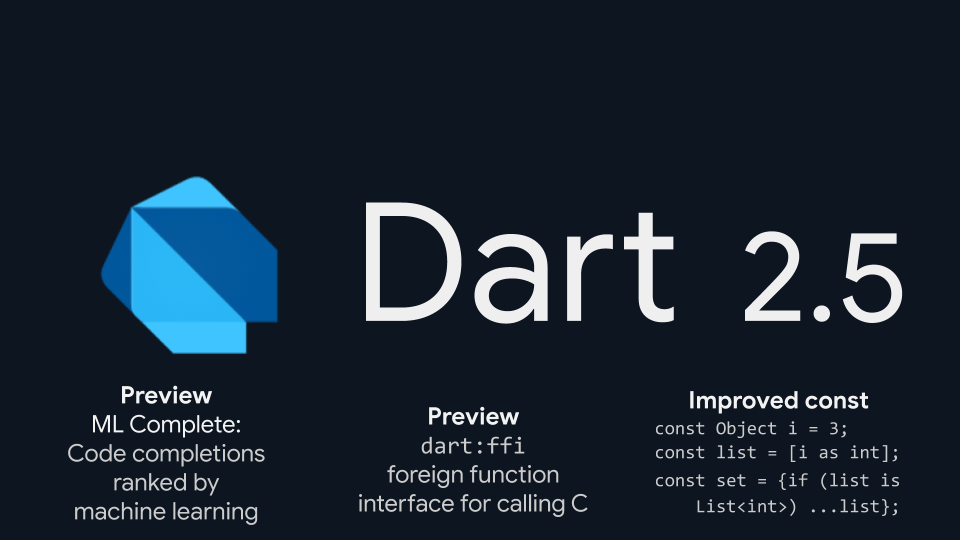 There are chiefly two characteristics to look out for when it comes to Dart 2.5’s highlights in 2019’s stable release. These are calling C Code directly from Dart and machine-learning powered code completion.

Besides, with all these facilities comes the bonus of better ways to define constant expressions, which Dart 2.5 has been able to achieve unlike the limitations previously. Therefore, there is an added ability to use casts and better flow of control and collection as compared to the previous versions.

It is delightful to see how technology progresses at an unmatched pace, especially when it comes to app developments. These applications are the future. The world is literally living online, performing all major activities like teaching-learning, earning-spending, and recreation through these applications. Continuous development in this field, therefore, is a matter of encouragement.

We are eager to find out what Google comes up with next in terms of Flutter and its programming language Dart. Agreeably, it has already revealed some of the developments it could cover in the near future. Yet, it would be exciting to note what further innovations it can think of to make development an easier job.

What’s new in Flutter 1.9 and Dart 2.5 launched by Google