Why Businesses Are Moving Towards Flutter App Development? 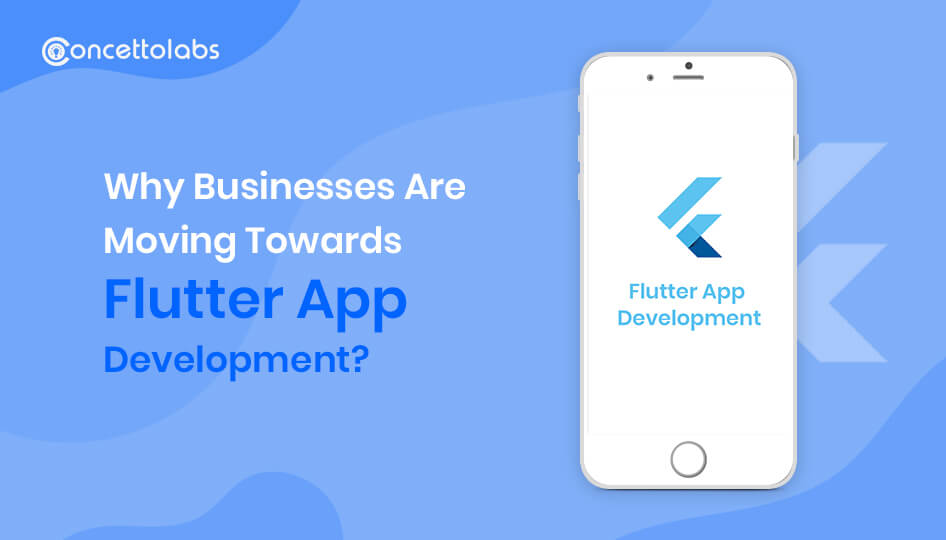 Mobile technologies are changing at a faster pace, and the top-notch operating systems in the market (Android and iOS) are dominating the market for decades. The concept of cross-platform mobile app development has transformed the complete development process for businesses. Top companies like Microsoft, Facebook, and Adobe have a great go. Flutter is the best option that boasts multiple features.

Under StackOverflow Developer Survey 2019, Flutter is the most favorite app by businesses.

Before moving ahead, let’s have a glance over a few words of Flutter.

Flutter is Google’s mobile app SDK that allows mobile app developers to write apps for Android and iOS with the assistance of the same language and source code. Currently, Flutter is assisting in building a new platform called Fuchsia that Google is creating. Furthermore, this cross-platform has gained a lot of popularity in a very short period.

How did Flutter succeed at cross-platform development?

Google development kit is creating 2D applications that can be optimized to develop full-featured apps boasting support for cameras, network, storage, geolocation, and a lot more. If you have amazing ideas in mind regarding the mobile app, then hiring a flutter app developer is an ideal choice to turn your awesome app idea into a revenue-generating app. Google developers are rigorously working on the following factors that play an essential role in google cross-platform mobile app development: 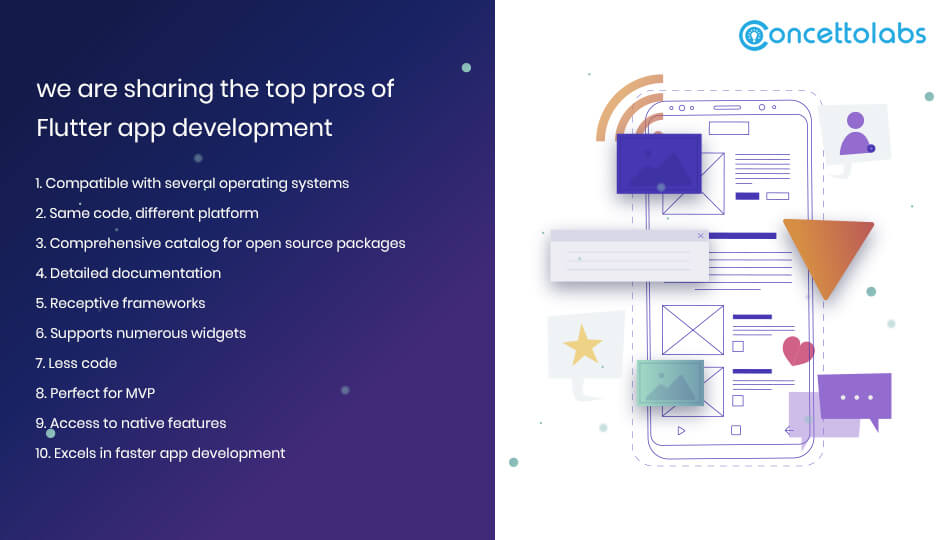 The very first thing about Flutter is its compatibility with several operating systems. When you hire flutter developer, you don’t have to worry about the compatibility problems that arise during the deployment of the application on different platforms. This eventually helps developers to save on the time that they spend on debugging.

Flutter is all about coding once and deploying on different operating systems, which are Android and iOS. The significant aspect of developing a mobile app on Flutter is its exclusive widgets and unique design on the platform.

The excellent set of open source packages creates app faster with ease, and there are abundant packages available, making the complex tasks more manageable. And the growth of the package library of Flutter is showing no sign of slowing down anytime soon. This is because of the increasing popularity and interest of developers towards Flutter.

Flutter’s documentation has made it the most loved platform among the developers. The clutter-free and easy details make the platform number choice of developers. They don’t have to put extra effort into learning this language. Moreover, the document includes exclusive information and tools for cross-platform development.

Flutter has advanced receptive features that enable it to build complex APIs of UI. Furthermore, the founding of widgets and rich formats empowers the developer to create 2D and UI animation seamlessly. Additionally, this innovative cross-platform development tool is built to develop high-end mobile apps for iOS and Android as per every business’s needs.

If you hire dedicated flutter app developers, they can choose from several Integrated Development Environment (IDEs) such as Visual Studio or Android Studio. VS Code is the most lightweight and quick boasting most of the features available in Android Studio and IntelliJ. There is no need to start switching to work on Flutter.

If your investors want to see the product, build a Flutter mobile app that resembles native Android and iOS. This will give your clients a clear idea about MVP alike as creating two different types’ takes a lot of time and money.

Features like camera and geolocation require native access, and Flutter gives the feel of developing on the native platform. It also enables developers to reuse the existing Swift, Java, and Object-C to access native features and SDKs on both operating systems.

Designing and development work hand-in-hand. Sometimes designers create fantastic designs, but when the development team proceeds, you may not be happy with the results. But this not the case with Flutter; it allows developers to see all changes in the app and alter it with the hot reload option. This eventually speeds up the app development process.

Google is doing its level best to improve Flutter that will empower developers to be more proficient in the development process without any hassle.

Are you looking for a trusted Flutter app development company?

If yes, Concetto Labs is the best address to cater to your Flutter for web, Android app, iOS app, iPad app requirements. Just drop us your app details and we will get back with detailed project scope within 24 business hours. Contact us now to know more.

Why Businesses Are Moving Towards Flutter App Development?