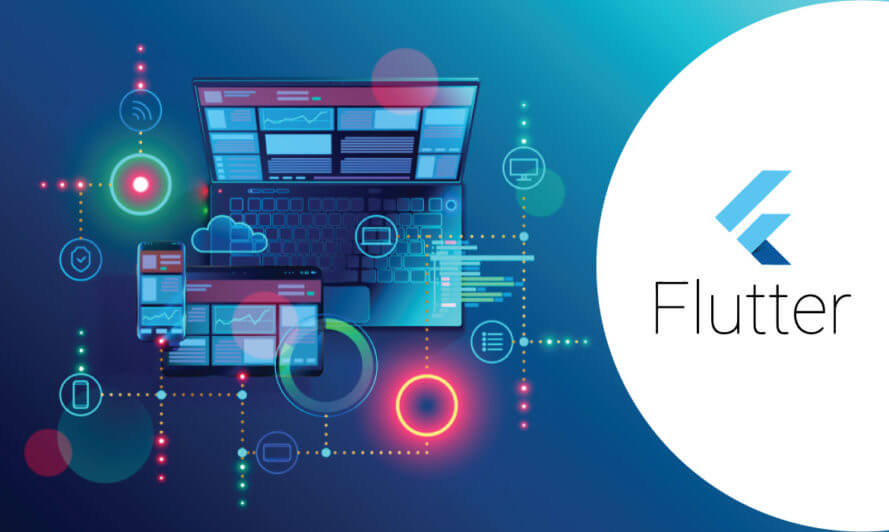 Have you ever imagined a smartphone with no features and apps in it? It would be considered as a piece of solid plastic with an operating system. That’s the importance of mobile apps! In this modern era, mobile has revolutionized from being merely a simplification tool for humans to a major business utility aspect. Developing a mobile app is quite easier for large organizations, but startups lack funds and time to spend on developing native apps on both Android and iOS. This is where cross-platforms come into play!

Cross-platforms gained popularity a few years ago, but as the startups are becoming tech-savvy even these cross-platforms are upgrading themselves as per the change. And one such example is flutter app development.

What Exactly is Flutter?

In simple terms, flutter is a software development kit that helps entrepreneurs to develop a mobile app on both the platforms-Android and iOS- using single codebase that too in a minimal timeframe. Features of flutter app enable developers to develop high-performing apps with the best icons, typography, and navigation. Flutter is majorly known for delivering flexible and expressive apps design due to layered architecture and the hot reload feature, make Flutter favorite of everyone.

What are the benefits of Flutter app development?

This platform is open-source, making it better for research and development for any purpose. With open-collaboration, Flutter provides greater accessibility and user-friendly features along with some exquisite design, which makes flutter one-of-a-kind.

This is the major reason why businesses prefer flutter. It does not depend on Javascript for codebase setup, operating on Android and iOS smoothly. As the outcome of the same is the deployment of better apps than Native in terms of functionality, UI/UX design, and features. 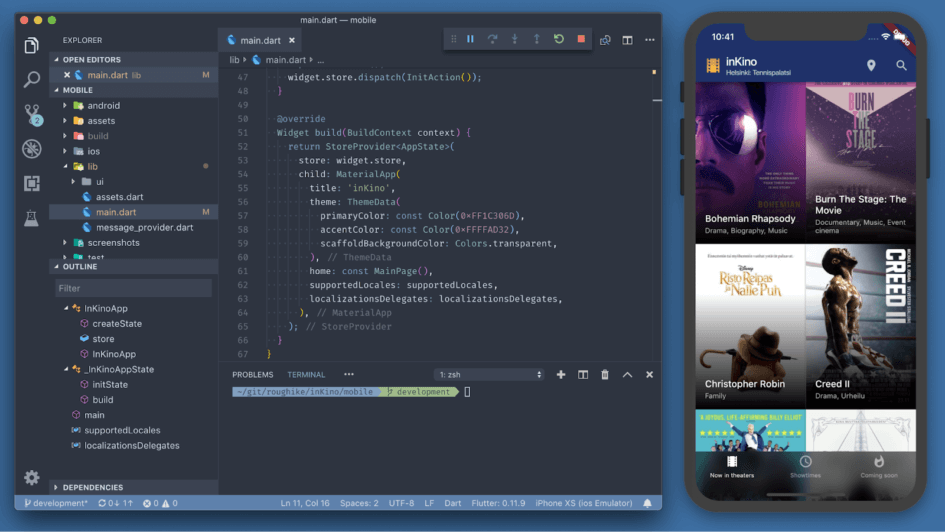 Flutter offers a wide variety of widgets for developers to develop an inspired design of mobile apps. It also provides you with IntelliJ plugin that makes the overall experience developers hassle-free as the Dart language complies to the native code.

Why Flutter is an ideal platform for startups?

Still, there are many entrepreneurs who are afraid to embrace flutter for the mobile app development process. As there are two issues, of which business often complain, one is platform apps are slow as they’re dependent on the code and the second is different widgets and plugins, which doesn’t compete with Native app development platforms.

But if we say that Flutter has evolved over years? Here are stats proving this fact:

The major aspect behind compelling design of mobile apps on Flutter is the combination of material design and Flutter itself. Amazing widgets provide a customized experience for both the operating system, be it Android or iOS, giving a native feel to apps. Flutter hit the list when it comes to widget catalog. That’s the reason it develops intuitive design experience.

2. Firebase works as a backend team:

We all are aware of the fact that Firebase makes the infrastructure redundant, scalable, and less severe. Google support firebase, which is why Flutter provides off limit support for cloud functions, authentication, hosting, real-time databases, hosting, and other benefits. That’s the reason startups can save on backend team immensely.

Flutter; undoubtedly have some exceptional features that enable it to stand out of the market. Developers can save greatly on time management and resource utility, for instance, with hot reload feature; developers can change the code in real-time, leading to deliver effective mobile apps.

Flutter apps are evolving with time and startups will not regret choosing this platform for their app development process. If you’re looking for a flutter app development company, then look no further than Concetto Labs. Get in touch with us at info@concettolabs.com.